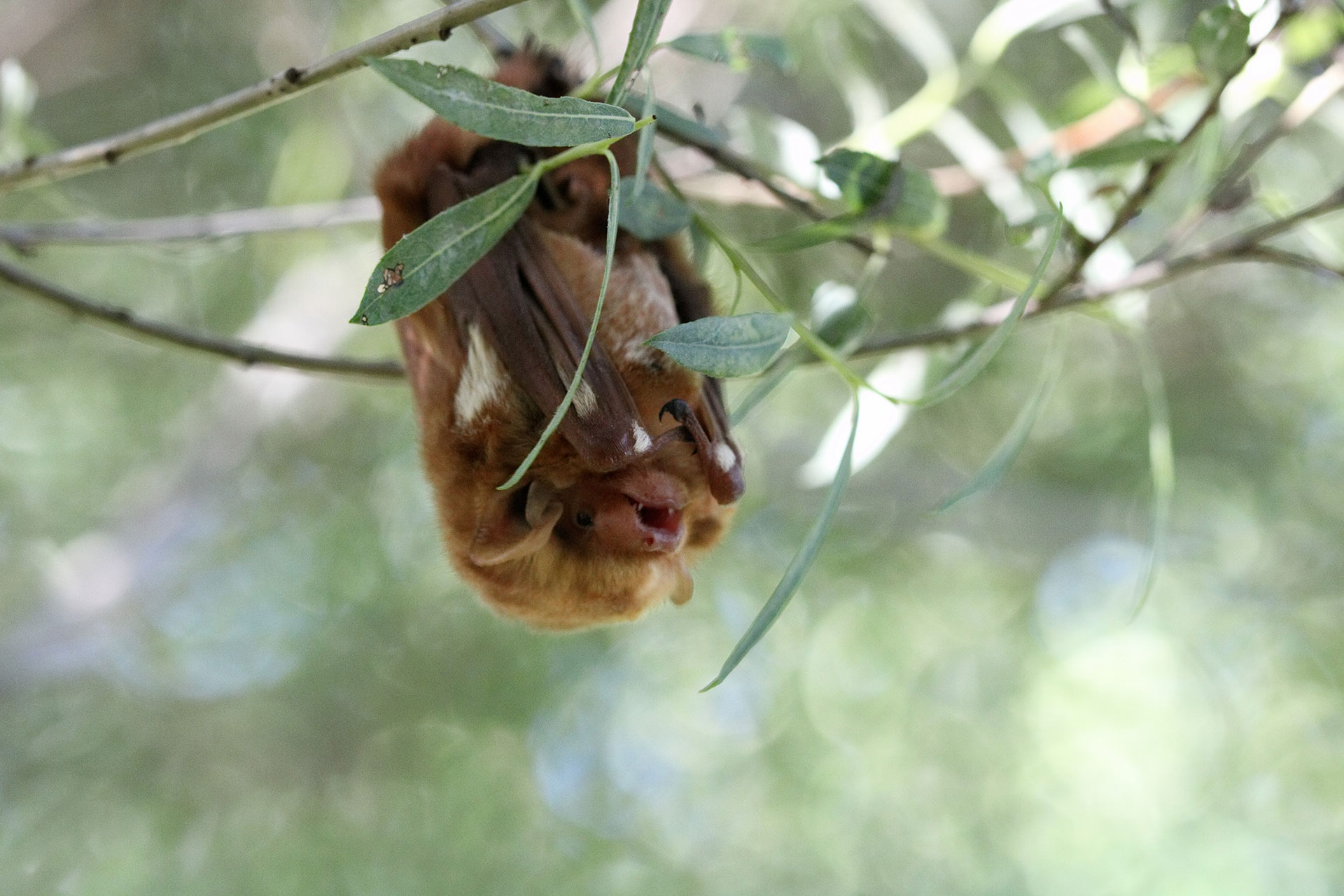 Bats are nearly synonymous with the spooky holiday, but this association doesn’t do them any favors. In fact, bats are among the most misunderstood — and therefore, most feared — animals, despite the many ways they make life better in Michigan.

“Michigan is home to diverse animal species, and bats are one of the more amazing additions to that list,” said Matt Pedigo, chair of the Michigan Wildlife Council. “Bats are a valuable part of the Michigan ecosystem, but there’s not a lot of public awareness about the benefits they provide.”

The Michigan Wildlife Council is dedicated to increasing public awareness about wildlife and wildlife conservation efforts. “Our goal is to increase public understanding of the important role wildlife management and the funding provided by hunting and fishing licenses, not state taxes, plays in the conservation of the state’s natural resources,” Pedigo said. “And that work benefits Michigan’s wildlife across the board, including bats.”

Michigan has nine species of bats, including the threatened northern long-eared bat and the endangered Indiana bat.

“Bats are fascinating animals in so many ways,” said Jennifer Wong, wildlife biologist for the U.S. Fish and Wildlife Service. “And the more you learn, the more you realize how little we know about them.”

Of the more than 5,400 mammal species worldwide, about 1 in 5 are bats. They can be found on every continent except Antarctica, and have a rich diversity of diets, social behaviors and body types. All Michigan bats eat insects, which they find using echolocation, a specialized system of clicks they make with their mouths to help them map out space around them to avoid obstacles and zero in on prey.

“There’s so much to discover about Michigan bats’ social behavior because they’re really hard to study,” Wong said. “We can catch them in nets, but some species tend to fly too high to be captured. We can record their echolocation calls, but it can be hard to differentiate species this way. We can try to survey during hibernation, but only some hibernate, so it’s more difficult to study the ones that remain active year-round. We’re refining our techniques for surveying bats, but they remain a wealth of untapped knowledge.”

Some of the factors that make bats hard to study have played a role in the spread of White-Nose Syndrome (WNS), a fungal infection first detected in Michigan in 2014 that has decimated Michigan’s bat populations. WNS does not affect humans, but spreads from bat to bat through touch, invading their skin and creating a significant immune response. It also interrupts their hibernation cycles, causing afflicted bats to starve before winter is over. Wong said WNS has killed over 80% of hibernating bats in Michigan.

“Scientists are working on a variety of potential treatments, but we still have a long way to go,” Wong said. “Fortunately, one Michigan bat species — the big brown bats — are actually starting to increase in numbers as WNS is killing other bat species, such as little brown bats and tricolored bats. This is good, because big brown bats are extremely efficient insect eaters, but it may not be enough to offset the losses among other species.”

Wong said that a colony of 150 big brown bats can nab an estimated 1.3 million insects in a single night. This not only keeps Michigan’s mosquito populations down, for which many state campers and evening backyard enthusiasts can be grateful, but Wong said some of these insects are detrimental to Michigan crops as well.

Wong said WNS is continuing to spread — it has now been found in 33 states and seven Canadian provinces — and since its discovery in New York in 2006, it has resulted in the death of over 6 million bats. But that’s not the only threat posed to Michigan bats. In recent years, it’s been discovered that the rise of wind farms across the state has unintendedly killed hundreds of bats per year.

“Bats can’t detect the blades with their echolocation and often collide with blades or suffer rapid decompression from being too close,” Wong said. “And there is evidence that some species, like hoary bats, are attracted to turbines and may actually go out of their way to visit wind facilities.”

Wong said the heat from the wind turbines could attract insects, which in turn attract the bats. Additionally, some bats roost in tall trees, so the height of the towers might make them appealing “rest stops.” Either way, she said some simple solutions can be implemented to keep these wind farms from causing more harm.

“Feathering turbine blades can help, as well as angling the blades so that they’re not freewheeling during periods of low wind when electricity isn’t being generated,” Wong said. “Also, raising cut-in speeds (wind speed that activate the turbines to spin) to higher wind speeds can help save many bats, as bats only fly during relatively low wind speeds. There is also technology being developed to help make wind farms unappealing to bats, including acoustic deterrents. For some facilities, these strategies could save hundreds of bats at minimal energy losses.”

Unfortunately, because we still know so little about bats, there are still a wide range of myths and misconceptions about them, resulting in public apprehension, and those terror-inducing Halloween props only make things worse. For a species that’s particularly helpful to Michigan and facing threats to their numbers, a little education can go a long way toward helping them rebound, both in numbers and in public sentiment.

“Bats don’t suck human blood, they don’t get caught in people’s hair and they’re not rodents,” Wong said. “They really only provide services to humans, and the more you know about them, the more you appreciate them. But most of all, they’re incredibly unique — I mean, they’re mammals that can fly. Who hasn’t ever wanted to fly?”

Learn more about Michigan’s bats and how you can help at mi.gov/bats.