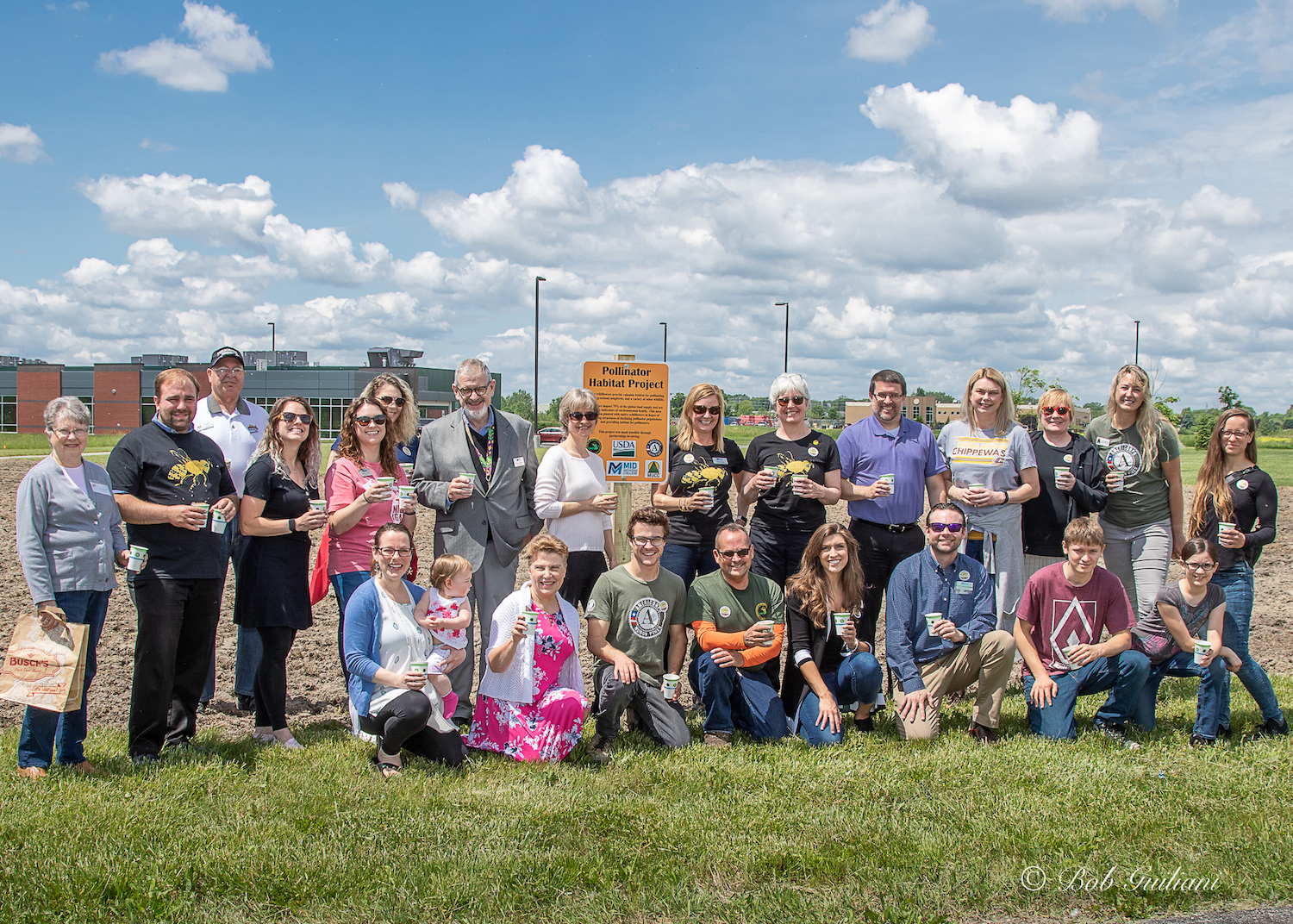 They come from every corner of Michigan to join forces in conserving the state’s great outdoors.

In northern Oakland County, they’re focused on the Highland Recreation Area. Up near Gaylord, their work can be found in the Pigeon River Country State Forest. And south of Jackson, the Lake Hudson Recreation Area has benefited from their tireless efforts.

Who are they? They’re the nonprofit organizations and conservation-minded private landowners of Michigan who have developed unique conservation partnerships with the Michigan Department of Natural Resources. Those partnerships are benefiting a wide range of local wildlife and the habitats they need to survive — and they help Michigan stand out as a national leader in conservation.

“Conservation groups in Michigan have a much higher level of collaboration than other states do,” said Ray Fahlsing, stewardship unit manager of the department’s parks division. “Everyone here seems to understand this is a team effort, and it’s a good thing there are so many of us.”

And while the DNR is charged with managing Michigan’s natural resources — including nearly 4 million acres of state forestland, 360,000 acres of public land and 352,000 acres in Michigan’s 103 state parks — teamwork is still needed to effectively maintain the state’s forests, waters and wildlife.

Because conservation work in Michigan is funded primarily through the sale of hunting and fishing license dollars — which last year totaled $61 million — hunters and anglers are a vital part of that teamwork.

“A lot of people think that taxes pay for conservation work in Michigan, but that’s not true,” said Matt Pedigo, chair of the Michigan Wildlife Council. “Without hunting and fishing, we wouldn’t have the funds necessary to embark on important conservation projects in the state, such as being able to reintroduce elk or stocking fish that benefit the lakes. It really takes a village to make sure our wildlife will be here for generations.”

Since 2013, the Michigan Wildlife Council has been dedicated to increasing public knowledge on the importance of wildlife conservation, emphasizing the crucial role that hunting and fishing play in managing and maintaining Michigan’s abundant wildlife and natural resources.

“Michigan has a rich history of hunting and fishing,” Pedigo said. “And those traditions help the state’s wildlife thrive.”

Perhaps the most well-known conservation group in the state is Michigan United Conservation Clubs, and for a good reason: It’s the largest statewide conservation organization in the nation. Founded in 1937, the organization is constantly furthering its mission to bring Michiganders together in order to conserve, protect and enhance Michigan’s natural resources and outdoor heritage.

“Where we come in is with citizen engagement,” said Amy Trotter, Michigan United Conservation Clubs executive director. “We find projects that the DNR’s biologists are working on that may be more labor-intensive, and we create volunteer days on public lands to fill those needs. A lot of that work wouldn’t get done without the help of volunteers.”

The organization also did work in the Pigeon River Country State Forest in northern Michigan to give oak trees a better opportunity to grow and produce foraging material for such species as wild turkey, wood duck and elk. And Trotter said that the group’s partnership with the DNR has the added benefit of creating a connection between volunteers and Michigan wildlife.

“People who want to learn more about wildlife habitat will have a vested interest in conserving it going forward,” Trotter said. “We’re instilling a stewardship ethic and planting the seeds of conservation for the future.”

One of the association’s biggest undertakings was restoring the Highland Recreation Area’s natural oak barrens, a type of savanna populated with oak trees and expansive grasslands. Fahlsing called this “one of the coolest partnerships” the Michigan Department of Natural Resources is involved with.

“They do massive amounts of clearing in that area, which has a wide range of benefits, including invasive species control,” Fahlsing said. “Their work has allowed species such as warbler to make a comeback, as well as game species like pheasant and quail.

“And because dog training is a steppingstone sport for getting people involved in hunting, it helps build up the next generation of hunters in the state.”

Fahlsing pointed to the DNR’s relationship with the Lake Hudson Pheasant Cooperative as another good example of a public-private conservation partnership. Based in the Lake Hudson Recreation Area in Lenawee County, about 40 miles south of Jackson, this partnership resulted in 650 acres of native grassland rehabilitation as part of an initiative to make the area more habitable for pheasants.

The group’s initial aim was to rehabilitate 500 acres. But once work started, the partnership was able to secure additional funding that allowed it to expand its scope.

And that work doesn’t just benefit Michigan wildlife — it benefits Michigan residents, too. Healthy ecosystems and biodiversity are known to mitigate water and air pollution. Additionally, invasive plant and animal species can have detrimental effects on people, including Michigan wildfires fueled by invasive phragmites, such as the one that scorched the Great Lakes Golf Center in Auburn Hills in 2012.

Fahlsing was also quick to point out that without hunting, none of this work would be possible.

“Having hunters provide the resources to help manage those resources is vitally important,” he said. “And the benefits go far beyond the game species. A wide range of wetland and grassland species are thriving today directly because of hunting and fishing dollars. We couldn’t do it without them.”

Here’s a sampling of other Michigan organizations that work with the Michigan Department of Natural Resources:

Here’s a look at some southeast Michigan groups that work in conjunction with the DNR: