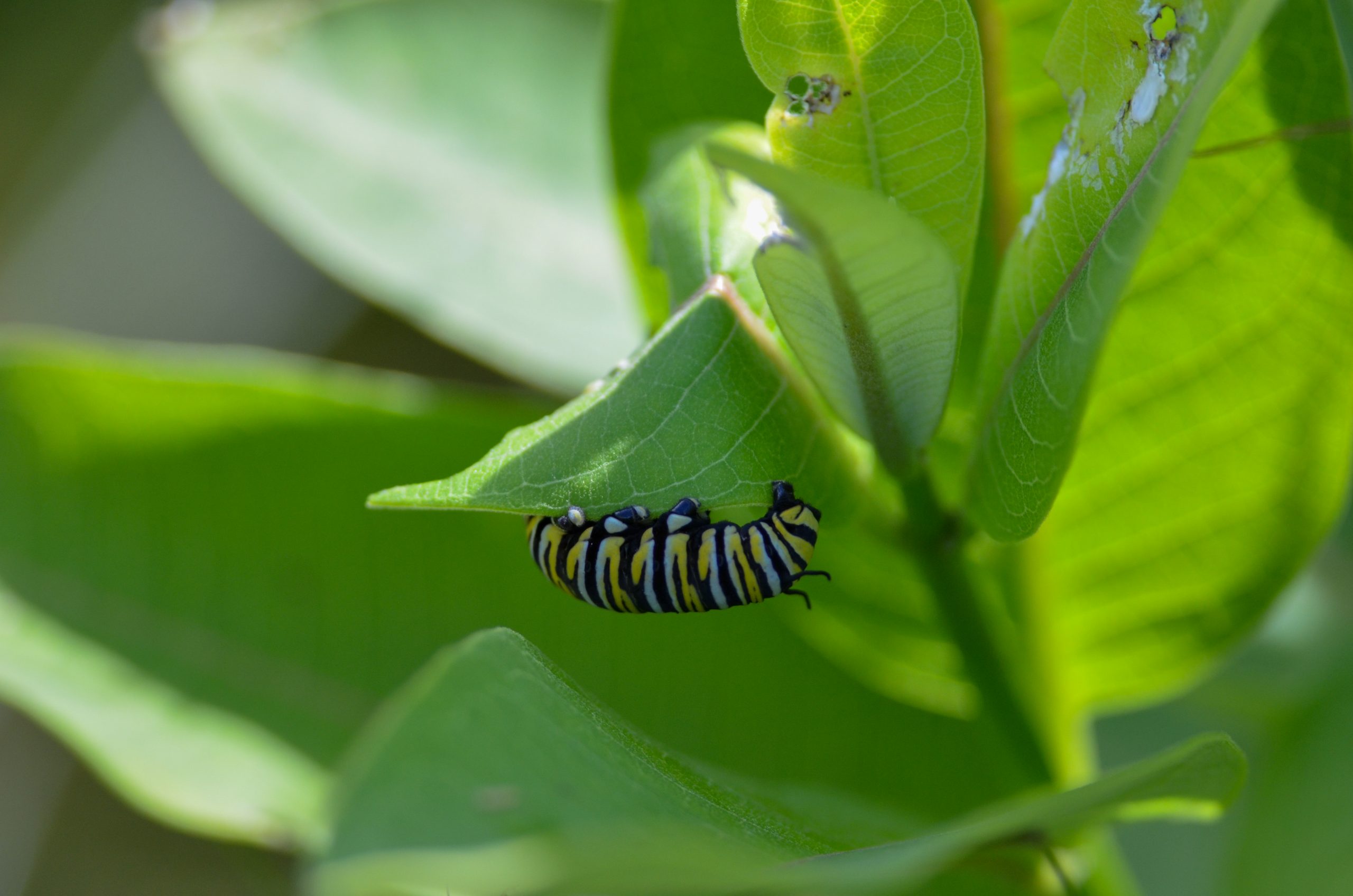 As monarchs return, Michiganders urged to welcome them with milkweed, nectar flowers

Monarch butterflies apparently can make a conservationist out of anyone.

“The thing about them is that they’re seen in all settings throughout Michigan — urban, suburban and rural,” said Mike Parker, conservation partners program specialist for the state Department of Natural Resources.

“I honestly think monarchs have introduced a lot of people to nature and caring about nature,” he said of the well-known but troubled orange-and-black butterflies, whose unique migratory pattern is now bringing them back to Michigan for the summer. “The great thing about that is because people care about monarchs, they’re really interested in getting engaged and conserving them.”

And monarchs can use all the conservation help they can get.

Nationwide, grasslands habitat destruction and agricultural herbicide applications have wiped out milkweed plants that are central to the monarch’s life cycle. Those factors, along with changing weather, have decimated monarch populations in recent years.

Statistics compiled by Monarch Watch — a citizen scientist organization based at the University of Kansas — show that colonies during this past winter season occupied 5.2 acres of forest area in the Mexican mountains where monarchs from the eastern half of the United States overwinter. While that’s up from 1.7 acres covered during the winter of 2013-14, it’s down from this century’s peak of nearly 27.5 acres in 2003-04.

Ideally, the population would occupy at least 15 acres while wintering in Mexico, said Nathan Haan, a research associate in the Michigan State University Department of Entomology.

Low monarch numbers are so concerning that the U.S. Fish and Wildlife Service last year considered adding the butterflies to the federal endangered species list. Ultimately, the agency postponed the decision in order to gauge the effectiveness of other monarch-boosting efforts, such as those of the Mid-America Monarch Conservation Strategy, a collaboration of fish and wildlife agencies throughout the Midwest.

“We want to get people voluntarily behind this to prevent the listing,” said Dan Kennedy, endangered species coordinator for the Michigan DNR.

In Michigan, the decade-old Michigan Pheasant Restoration Initiative is one example of a conservation practice that benefits monarchs.

Grassland restoration and preservation projects take place on private land as well as public property, such as state game areas and state and county parks. They’re funded with DNR Wildlife Habitat Grants, which in turn are paid for by hunting and fishing license sales.

“The focus might be pheasant hunting, but the benefits to monarchs is just as high because they like the same habitat,” said Nick Buggia, chair of the Michigan Wildlife Council, which the Michigan Legislature created in 2013 to highlight the importance of hunting and fishing to preserving the state’s wildlife and ecosystems. “That’s really a perfect example of how hunting and fishing benefits everyone in the state, whether they hunt or fish or not.”

But it doesn’t take an organized effort to aid monarchs. Virtually anyone in Michigan can help nurture the butterflies, Parker said.

“Because monarchs are found across the landscape, anybody can pitch in, whether it’s in your backyard or your back 40,” he said.

All it takes is a bit of a green thumb, said Ilse Gebhard, a retired Kalamazoo chemist who volunteers as a conservation specialist with Monarch Watch.

“The best thing you can do for monarchs is to plant milkweed and nectar plants in your garden,” said Gebhard, noting that milkweed plants are the only place where monarchs lay their eggs. The plants are also the food source for the caterpillars that hatch from those eggs, while nectar plants provide fuel to fully formed butterflies.

It’s also important to avoid pesticide use, Gebhard said. “If the milkweed has been treated with pesticides and the monarch lays its eggs on them and the caterpillar eats them, it kills them.”

Native plants are preferable, she said, noting that many Michigan greenhouses and garden centers sell the appropriate kinds of milkweed seeds and butterfly garden mixes.

The ideal mixture of nectar plants includes both early- and late-blooming flowers, so that they provide food to monarchs when they begin to arrive in Michigan in mid-May, then throughout the summer and until late August or early September. That’s when the butterflies need to fatten up in preparation for their return to Mexico.

The monarchs that you’ll find nectaring from spring blooms are the second or even third generation of those that left the wintering grounds about 65 miles northwest of Mexico City, where they roost in hibernation on oyamel fir trees from November through March.

Once leaving Mexico, they lay eggs on milkweed in the southern U.S. and then die, leaving it to the next generation to complete the 2,500-mile journey to Michigan.

Adults typically live for about a month, meaning three or four generations are produced in Michigan. The last generation, however, lives longer, making it all the way to Mexico and spending the winter there before starting the whole migratory cycle over again.

“There’s no other insect that I’m aware of that migrates in the same manner that monarchs do,” Kennedy said.

‘Canary in the coal mine’

From a practical standpoint, monarchs in and of themselves aren’t essential to the state’s ecosystems. Although they regularly visit flowers, they’re not important pollinators, as bees are.

But practicality aside, the monarch’s disappearance from the landscape would certainly leave the state poorer, Kennedy said.

“I think there’s a tremendous aesthetic value to them,” he said. “People love to see monarchs because they’re so colorful. They might remind them of their childhood because they used to be so ubiquitous. As a kid, it was a tremendous amount of fun to see them when you were playing outdoors.”

“I think the monarch is kind of like the canary in the coal mine,” she said. “If we lose the monarch, we probably are going to be losing a lot of other insects.”

Indeed, there is evidence that insects in general are declining in both diversity and numbers, Haan said. Look no farther than your car’s windshield — it probably has far fewer bugs splattered on it than it would have years ago, he said.

“People might not enjoy insects that get into their house or whatever, but a lot of Earth’s biodiversity is comprised of arthropods and they do a lot of important things in ecosystems,” Haan said, citing insects’ key role in animal and plant decomposition and as an important food source for inland fisheries.

“Having diversity of arthropods means the pesky ones are controlled by the ones that eat the pesky ones,” he said. “You need a big, robust community for that to happen. If we didn’t have insects, all kinds of processes that we take for granted wouldn’t happen.”