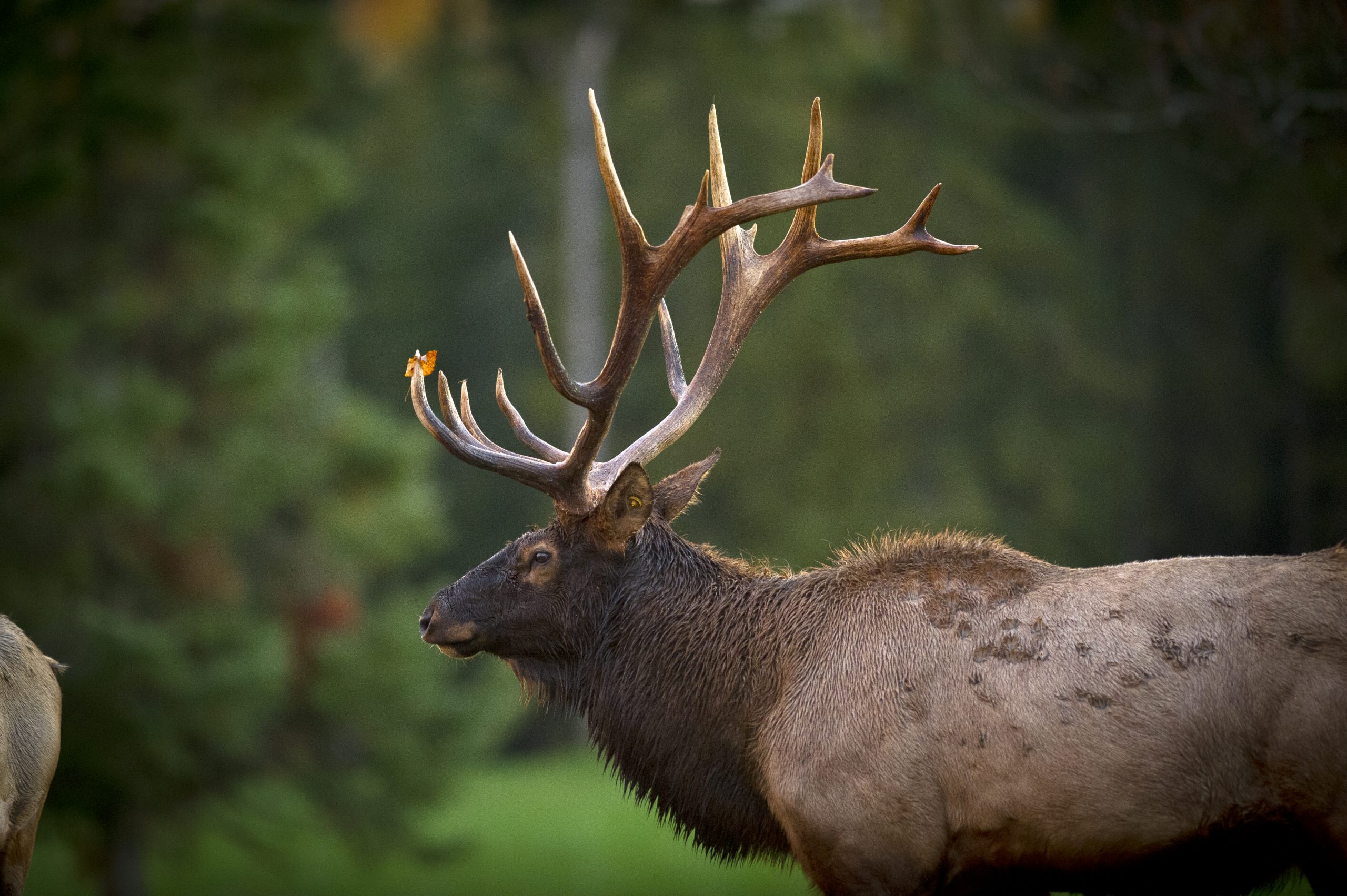 Behind every success is a lot of hard work.

For more than a century, Michigan has worked to conserve and protect the state’s natural beauty and abundant wildlife. Some of the top initiatives have been improving habitats, limiting pollution, preventing the spread of disease, and regulating hunting and fishing.

And, they have also happily helped wildlife species return from the brink of extinction.

“This proclamation is really a tribute to the Department of Natural Resources, its partners and everyone working to conserve Michigan’s wildlife and preserve its outdoor heritage for future generations,” said Nick Buggia, chair of the Michigan Wildlife Council.

1. Bringing back the state’s elk population

Elk were once widespread throughout Michigan but had disappeared from the state’s landscape by the late 1800s. In 1918, conservationists reintroduced seven Rocky Mountain elk to northern Michigan. Thanks to extensive public and private wildlife and forestry management efforts, Michigan now has an estimated 1,200 elk residing in Pigeon River Country State Forest and the surrounding area near Gaylord.

Throughout Michigan, osprey numbers had plummeted in the 1940s and 1950s due to habitat loss, poaching and the use of toxic insecticides. Since then, the ban of DDT and the implementation of release and restoration programs have helped boost their numbers. Conservationists had set a goal of 30 nesting pairs statewide by 2020. Today, there are more than 200 pairs.

3. Preventing the extinction of “dinosaur fish”

Lake sturgeon, which can grow up to 7 feet long, breed at age 20 and then not every year, and live for more than 100 years, are sometimes called our living fossil or dinosaur fish because they’ve been a part of Michigan’s waters for millions of years. But destructive historic practices including dam construction on key spawning rivers, wholesale landscape scale habitat loss and destruction, horribly degraded water quality, and unregulated harvest have landed them on the state’s threatened species list, similar to all sturgeon species worldwide. Thanks to dedicated conservation practices — including harvest restrictions, construction of man-made spawning reefs, dam removal, huge water and habitat quality improvements, migration tracking to pinpoint key habitat, and spawning monitoring that improves management efforts — lake sturgeon numbers are on the rise. The DNR estimates 40,000 to 50,000 adult sturgeon live in Michigan waters today.

The Kirtland’s warbler came close to extinction in the 1960s. In fact, the tiny bird was on the first federal endangered species lists released in the early 1970s. Successful conservation and forest management created and preserved the warbler’s preferred nesting habitat of young jack pine forest. The population has since grown from fewer than 200 nesting pairs to over 4,500 birds and is no longer categorized as endangered.

By the early 1900s, the wild turkey population in North America had plummeted — with almost none left in Michigan. Habitat destruction and unregulated hunting were primarily responsible for the decline. But strategic relocation efforts and extensive habitat management allowed the state’s wild turkey population to bounce back, growing from 2,000 in 1960 to more than 200,000 today.

In the 1960s, the peregrine falcon had disappeared from Michigan due to widespread DDT use. Chemical regulation and the reintroduction of peregrines to their historical habitats and cities has allowed Michigan’s falcon numbers to increase. The bird is now found in several Michigan cities, such as Detroit, Lansing and Grand Rapids. Conservation efforts also led to its removal from the federal endangered species list in 1999. The DNR estimates there are now about 30 to 35 nesting pairs in the state.