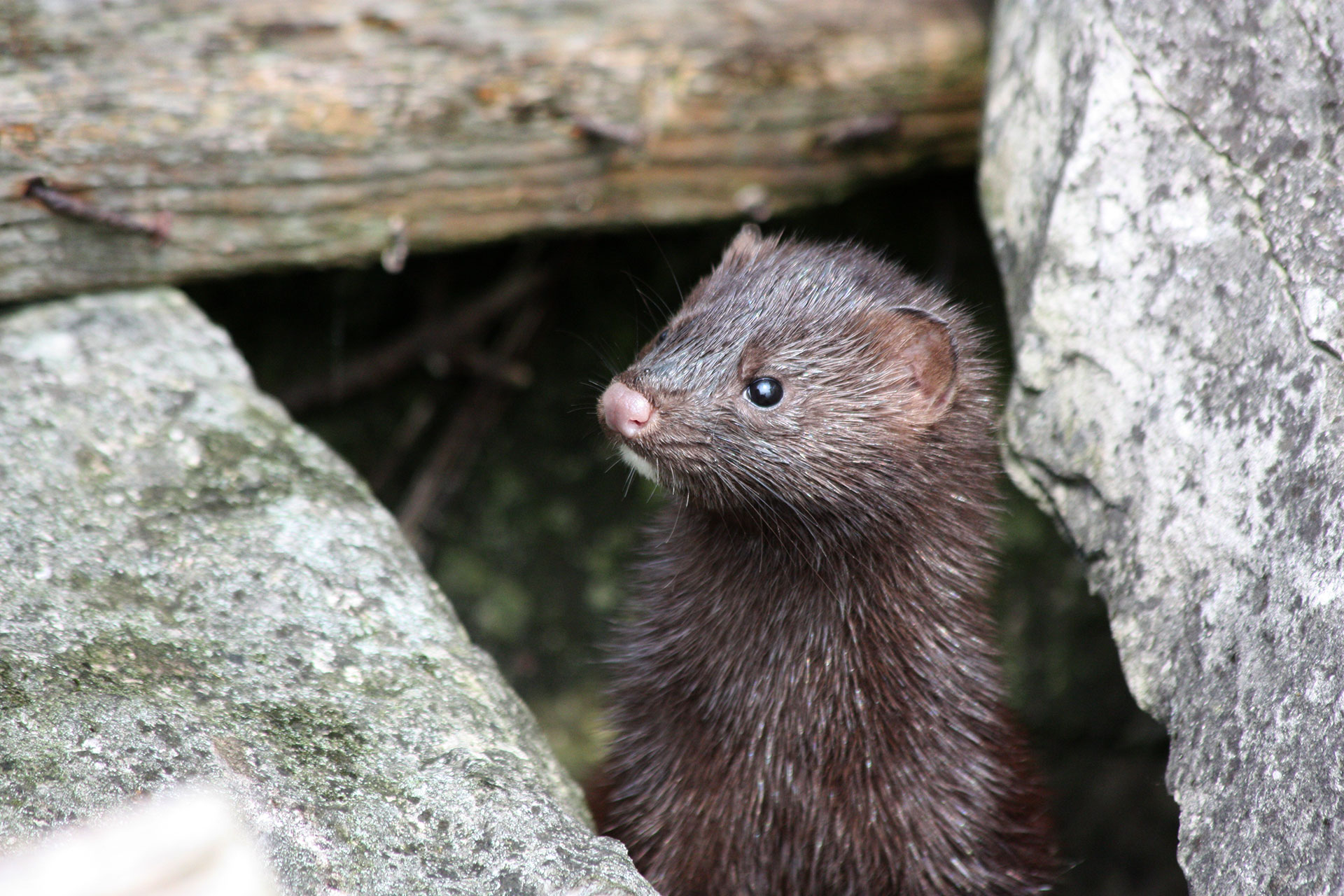 Even though it flows through Michigan’s largest urban area, the Detroit River is gaining a reputation as an outdoor destination.

“The resurgence of the Detroit River is a real success story and a great example of ensuring our wildlife and natural resources can continue to be enjoyed for future generations wherever they are in the state,” said Henry Stancato, longtime Detroiter and member of the Michigan Wildlife Council.

The 32-mile international river separates the United States and Canada and links Lake St. Clair to the north and Lake Erie to the south. Although still designated an “area of concern” by the U.S. Environmental Protection Agency, even environmentalists agree it’s come a long way in recent decades.

“The efforts made in the last 20 years to conserve, protect and enhance the habitat out there has really resulted in a lot of what we’re seeing today: world-class fishing, recreation like kayaking, birding and a growing wildlife population,” said David Howell, chairman of the Friends of the Detroit River.

Here are five things you might not know about the Detroit River:

1. It’s home to the one and only international wildlife refuge in North America

Long known for industry and its environmental repercussions, the Detroit River is a different place today than it was 50 years ago. Dramatic pollution prevention, environmental cleanup and conservation have made the area one of the most impressive environmental recoveries on the continent.
But it hasn’t happened overnight.

In 2001, U.S. and Canadian politicians, conservationists and local communities joined together to save the river that separates – and, apparently, unites – their two nations. Because of this unique collaboration, international status was given to the refuge, making it the first of its kind in North America.
Located along the lower Detroit River and western shoreline of Lake Erie, the Detroit River International Wildlife Refuge is just 20 miles south of Detroit. Its nearly 6,000 acres include 20 scattered “units” of islands, coastal wetlands, marshes, shoals and waterfront lands.

The refuge is actively managed to support an abundance of wildlife. Industry, governmental agencies, municipalities and nonprofit organizations work daily to return grasslands, wetlands and shorelines to a healthy condition.
Nature trails are perfect for catching glimpses of migratory birds, beaver, butterflies and more.

But Humbug Marsh – located between Trenton and Gibraltar – is the centerpiece of the refuge and is the hub of visitor activity. It’s also the future home of the refuge’s Visitor Center, slated to open in early 2017.
“Our goal is to get everyone excited about nature, conservation and get them out the door so they can go exploring,” said Jennie Braatz, park ranger naturalist at the refuge.

Visitors will be able to borrow birding books, backpacks, snowshoes and fishing poles for their nature treks, she said.

“This urban refuge is really quite unique. We can’t wait to show it off next year,” Braatz said.

2. It’s one of the best walleye fishing spots in the nation

In April and May, the Detroit River is the only place Lance Valentine wants to be.

“I’ve traveled all over the country, and there’s no better walleye fishing around than the Detroit River and Lake Erie,” said Valentine, a longtime fishing guide.

Smallmouth bass, yellow perch and muskellunge love it, too. But why?

Intense conservation efforts – including pollution cleanup, shoreline restoration and the creation of spawning reefs – make the river an attractive place for fish.

“The Detroit River offers everything several species of fish need to survive: It’s got fast and clean water, numerous spawning grounds, and lots of food for the young fish. It’s the perfect body of water for a great fishery,” Valentine said.

Valentine estimates his boat lands up to 1,200 walleye every spring from the Detroit River. Yet people are always surprised when he talks about the great fishing there.

“They don’t believe me, but there are places on the lower Detroit River where you’d swear you were in the middle of the Upper Peninsula,” he said.

“I can be catching world-class walleye, watching an eagle in his nest, listening to loons call to each other, and watch a thousand-foot ore carrier going down the river all at the exact same moment. That’s pretty amazing.”

3. Bald eagles love hanging out near it

Most of us would guess pigeons are the only birds in the Motor City.

“This winter, I’d say there were about 180 bald eagles on the Detroit River and Lake Erie,” said Shackelford, a biologist for DTE Energy.

He’s seen the once-endangered bald eagle population near Detroit soar through the years, thanks to public and private conservation efforts including banning DDT, protecting wildlife, cleaning up polluted water for fish, and conserving natural habitats.

“There’s now a whole healthy ecosystem for the eagles to thrive in,” he said.

Although you can spot eagles overhead near downtown, more often you’ll spot them downriver, where an abundance of islands and wetlands make for great nesting and fishing.

“A lot of fish move in there to keep warm, and that’s the perfect combination for eagles: open water, quiet roosting space and plenty of fish to eat,” Shackelford said. “To think you can see a bald eagle sitting on an ice floe or flying overhead right in the heart of industrial Detroit … it takes your breath away.”

Belle Isle is considered the crown jewel of parks in Detroit.

Designed in the 1880s by renowned landscape architect Frederick Law Olmsted, who also designed Central Park in New York City, it features a variety of attractions, including an aquarium, conservatory, and the James Scott Memorial Fountain.

The elements of Olmsted’s plan that were implemented include the pedestrian oriented Central Avenue; a canal system; thinning the forest and clearing underbrush to develop the open and wooded areas; and the combination pavilion/ferry landing.

For more than a century, the 2.5 mile-long park has provided a wide assortment of educational and recreational opportunities for generations of Detroit families.

“Every Detroiter can tell you some story about Belle Isle, whether it’s ice skating, family reunions, picnics, getting engaged there or getting married there,” said Michele Hodges, president of the Belle Isle Conservancy. “Belle Isle is pedigreed historically, architecturally, culturally and naturally.”

Today the Michigan Department of Natural Resources operates the island park under a lease agreement with the city of Detroit. The nonprofit Belle Isle Conservancy was formed in 2011 to restore, preserve and enhance historic structures and the natural environment of the public park.

Surrounded by the Detroit River with about seven miles of shoreline, the natural features of Belle Isle are incomparable; more than half the island is covered by three lakes, a lagoon and 230 acres of forested wetlands. The island's unique, wet-mesic flatwoods forest and penetrating canals provide a haven for migratory and resident birds and an important nursery habitat for fish.

“Belle Isle is a very important part of the Detroit River, and we are happy to be part of the team working to protect the whole expanse,” Hodges said.

5. Kayakers can’t stop paddling in it

Forget the long drive “Up North,” a growing number of Metro Detroiters know the best paddling is right here on the Detroit River.

Urban paddling – with kayaks, canoes and stand-up paddleboards – is surging in popularity in southeast Michigan, thanks to a wave of municipal infrastructure improvements along the Detroit River, new paddlesport rental shops, guided tours and an abundance of affordable watercraft.

Pick any summer day and you’ll see a multi-colored flotilla of kayaks plying the Detroit River.

And how about that view? From the water, you’ll see Detroit’s panoramic skyline, paddle close to a Great Lakes freighter and see the industries that helped build Detroit. Further downriver, paddlers can get an up-close peek at wildlife, marshes, herons, eagles and more.

Outdoor adventurers love the 110-mile Detroit Heritage River Water Trail, which meanders through the rich natural and cultural history of the Detroit, Huron, Rouge and Raisin rivers. A new user guide makes it easier than ever to plan paddling trips along the trail. It offers recommended paddling routes, launch sites and detailed descriptions of each location.