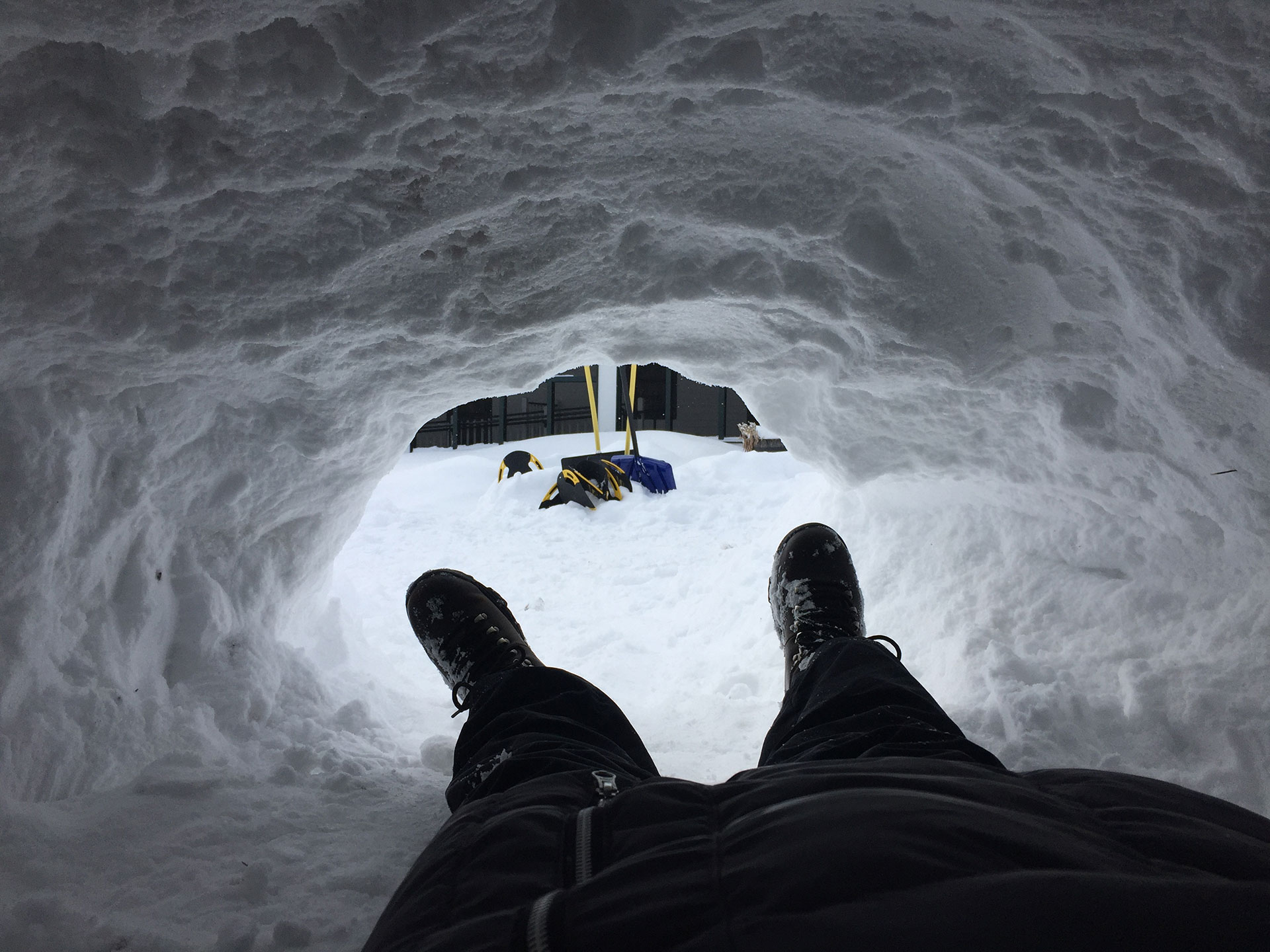 On glistening trails overlooking Lake Superior, a woman races behind a team of sled dogs. Nearby, other women snowshoe through the still, icy woods. Inside, a first-time archer scores a bull’s-eye and her newfound friends applaud.

And there are always smiles.

All weekend at Becoming an Outdoors Woman (BOW) workshops, you will hear empowered women roar with laughter and victory as they learn outdoors skills in women-only classes.

The workshops are wildly popular.

“For 20 years now in Michigan, BOW has given women the opportunity to learn the skills needed to enjoy outdoor activities like fishing, backpacking, snowshoeing and hunting in a safe and supportive atmosphere,” said Sharon Pitz, BOW coordinator for the Michigan Department of Natural Resources (DNR).

Since 1991, when the first Becoming an Outdoors Woman program was developed in Wisconsin as a way to break down barriers for women, the nonprofit has expanded to 44 states and nine Canadian provinces.

Today, nurses, engineers, college professors and other professionals – from millennials to matrons in their 90s – are eager to learn the skills needed to more fully enjoy the outdoors.

Experts say the reason fewer women participate in hunting, fishing, backpacking and archery is because most haven’t had the chance to learn the skills necessary to enjoy the outdoors.

BOW aims to change that.

“BOW is a great way for women to connect with nature and foster an appreciation for Michigan’s amazing natural resources,” said Carol Rose of the Michigan Wildlife Council.

Established in 2013, the Michigan Wildlife Council is dedicated to building awareness among the public about how Michigan’s wildlife and natural resources are managed and how those activities are funded.

“Every time a hunter or angler, whether they are experienced or new, young or old, purchases a license, tag or permit, it funds wildlife management activities such as habitat improvements,” Rose said. “So getting people involved in these types of outdoor activities not only brings them closer to nature, but it is helping to pay for critical work.”

Women who want to explore the outdoors are lining up for BOW programs.

Some have never tried these outdoor activities, while others are beginners hoping to improve their skills.

“There’s no judgment on your skill level and everybody is supportive,” said Wendy Brink of West Bloomfield, who attended her first BOW workshop last winter. “The ones who have been there before encourage the newbies, and the newbies encourage each other. It’s a ton of fun.”

The 63-year-old and her friend made the trek to Marquette in February, joining 80 or so participants from across Michigan and surrounding states. For $195 apiece, the weekend included two nights at Bay Cliff Health Camp near Marquette, family-style meals and three activities among 20 outdoors classes offered.

On Saturday, Brink ventured outside for strolls around the grounds overlooking Lake Superior, but opted for indoor programs on perennial gardening, mosaics and wood-burning artwork.

“All the instructors were very patient and the classes were great. We all commented on how well-fed we were all weekend, too,” Brink said.

Twenty-nine-year-old Caitlin Burkman enjoys the outdoors and occasionally fishes with her husband. But there’s a whole world of activities out there she knows nothing about. So when she heard about BOW’s weekend workshop last February, she jumped at the chance.

“I don’t do a lot of winter activities outdoors and I had never been to the Upper Peninsula, so that’s why I wanted to go,” said Burkman, who moved to the Detroit area three years ago from Ohio.

Burkman was particularly interested in learning about winter camping and getting the rare opportunity to build a winter shelter called a quinzhee.

“After building the quinzhee, another lady and I slept out there for a little bit until about 2 o’clock in the morning when we said, ‘Meh, that’s enough for us,’” she said. “But what an awesome opportunity.”

Burkman also got the chance to try cross-country skiing, which she loved.

“They provide you with all the equipment you need. So it’s a great way to try new things and learn from people who know what they’re doing,” she said. “Plus, it’s not competitive at all.”

Individual classes are held to a dozen participants, allowing a lot of personalized, hands-on learning.

“Our instructors were very encouraging, suggesting we try throwing a line here or there and asking us if we wanted to try a different rod,” said Susan Glomb, 65, who took part in a Beyond BOW steelhead fishing workshop in late October. “They had everything right there for us.

Glomb and a friend stayed with the BOW group at the Tahquamenon Falls Lodge.

“On Saturday, we were out at the mouth of the Two-Hearted River, where it meets Lake Superior, and you could hear the waves crashing. It was so cold, but it was an amazing experience for the whole group,” said Glomb, who belongs to a fishing club near home whose members are mostly men.

BOW was a great way to learn more about the activity she loves – and make some new friends in the process.

“There are a lot of women, I think, that have an appreciation for nature and the outdoors but really don’t really have a group to do things with,” Glomb said. “That weekend in the U.P. fishing for steelhead was a sisterhood, so to speak, of women who had similar interests.

“I met a gal there who lives nearby and another woman who lives near Gaylord. We’ve already made plans to go ice fishing together this winter. How neat is that?” she said.

Some of the offerings include ice fishing, wilderness first aid, snowshoeing, photography, wood-burning crafts and cross-country skiing. In the summer, the weekend includes four classes from nearly three dozen choices such as fly-fishing, backpacking, gun use, hiking, kayaking and paddleboarding. The next BOW program will be held Feb. 23-25.

In addition, Beyond BOW is a series of one- to three-day events with a single topic such as pheasant hunting, archery or kayaking and provides women with an in-depth focus on that skill. These workshops are held at a variety of locations throughout the state.