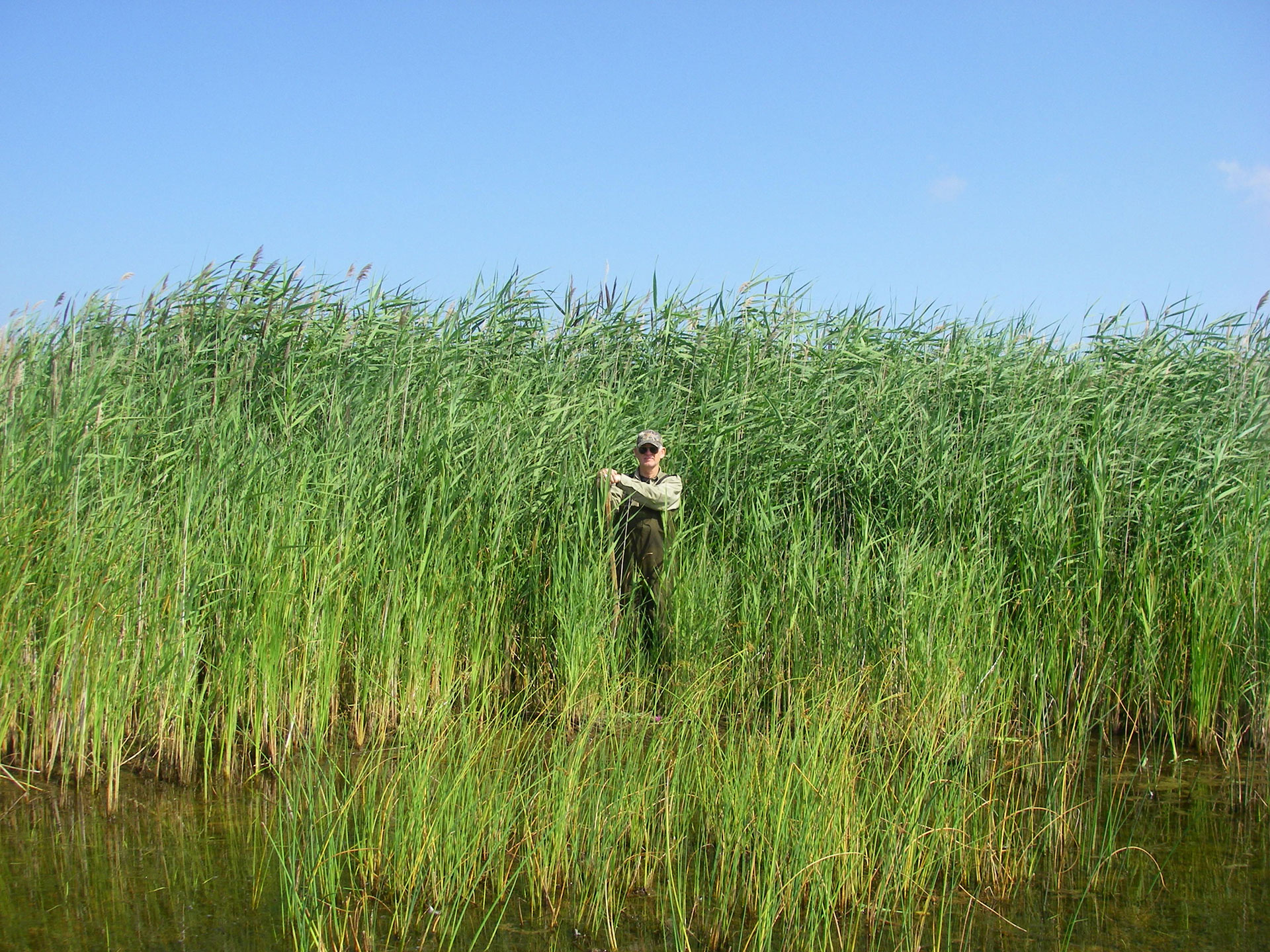 One of the best things about Michigan is how easy it is for wildlife to live and grow here. A wide range of plants and animals have made the state their home, including some that do not originate from the Midwest — or even North America. Many of the introduced species, which are considered invasive, can spread quickly and cause serious damage.

Indeed, not every species brought to Michigan warrants a welcome mat. In fact, some of them don’t quite know how to keep to themselves, and instead use Michigan’s fertile soil and ample clean waters to grow and spread out of control. They become invasive.

“When a species moves to a new ecosystem, it often leaves behind the things that kept it in balance with its surroundings, such as fungus or insects that feed or grow on it,” says Emily Duthinh, chair of the Oakland County Cooperative Invasive Species Management Area (CISMA). “Those naturally keep plants from growing too quickly or spreading too rapidly. But in a new environment without those natural restraints in place, some non-native species grow and become weeds, which can harm public safety, property values, infrastructure and the environment.”

How invasive species get here

Invasive plant species have arrived in Michigan through a variety of means – transported firewood, uncleaned boats that are transported from lake to lake and even legal purchases made at plant nurseries. Michigan has made it illegal for campers to move firewood from area to area and requires boaters to remove attached vegetation, drain their boat’s bilge water and remove drain plugs after removing them from the water — complete with attendant fines and public education campaigns — but for the horticulturist community, it sometimes comes down to being vigilant.

“If your friend or neighbor tells you about a plant that’s growing like crazy in their garden, it may be an invasive plant,” Duthinh said. “70% of our invasive plants came from the horticultural industry, and if you’re not part of the solution, you’re part of the problem.”

Invasive plant species in Michigan include grasses, herbs, shrubs, vines and even trees. Aquatic invaders have also taken over many metro Detroit ponds, lakes and streams. The Michigan Department of Natural Resources (DNR), Michigan CISMAs and other state environmental and conservation groups track invasive species, photos and descriptions at michiganinvasives.org.

“Invasive species can pose a real threat to Michigan wildlife, and resources like CISMA’s website are exceedingly helpful at stopping their spread,” said Matt Pedigo, chair of the Michigan Wildlife Council. “Ecosystems can be incredibly fragile — we’ve seen it over and over again how a seemingly insignificant weed or tiny beetle can cause far-reaching damage to local species populations.”

The Michigan Wildlife Council is dedicated to increasing public awareness about wildlife and wildlife conservation efforts, including efforts to prevent, detect, report and remove invasive species. The management of the state’s wildlife and natural resources is primarily funded through the purchase of hunting and fishing licenses and equipment, not state taxes.

Invasive species can also threaten the safety of suburban communities. Duthinh said phragmites, a towering, fast-growing grass that arrived in Michigan about 25 years ago, can grow densely right next to major roadways and at the entrances to subdivisions, creating a fire hazard for entire neighborhoods during dry spells.

For every invasive species creating challenges for Michigan, there are just as many success stories. Duthinh cites the work done to keep water hyacinths out of metro Detroit waterways. These purple water garden flowers may look pretty, but in the southern states, they grow into mats so thick on the surface of ponds and lakes that boats can’t even cut through them.

“It’s a pretty purple flower, and you can actually buy it in local water garden supply stores, but if it gets into the wild here in Michigan, it could create serious damage,” Duthinh said. “But someone actually reported an outbreak in Oakland County a few years back, and we worked with the Michigan DNR and the Department of Environmental Quality to eradicate it. It was the biggest news story that didn’t get covered because the outbreak never happened. Oakland County really dodged a bullet.”

Similarly, four species of beetles were brought in to feed on purple loosestrife, a flowering plant that was beginning to overgrow in some Michigan wetlands. Using insects to combat invasive species is called biological controls, and extensive research is needed to ensure possible biological controls don’t feed on native plants or become pests in other ways.

“Michigan’s wildlife is one of our most precious resources, and it’s important for everyone to be aware of what kind of invasive species are threatening them,” Pedigo said. “If we want to make sure that wildlife is here for generations, we need to be aware.”