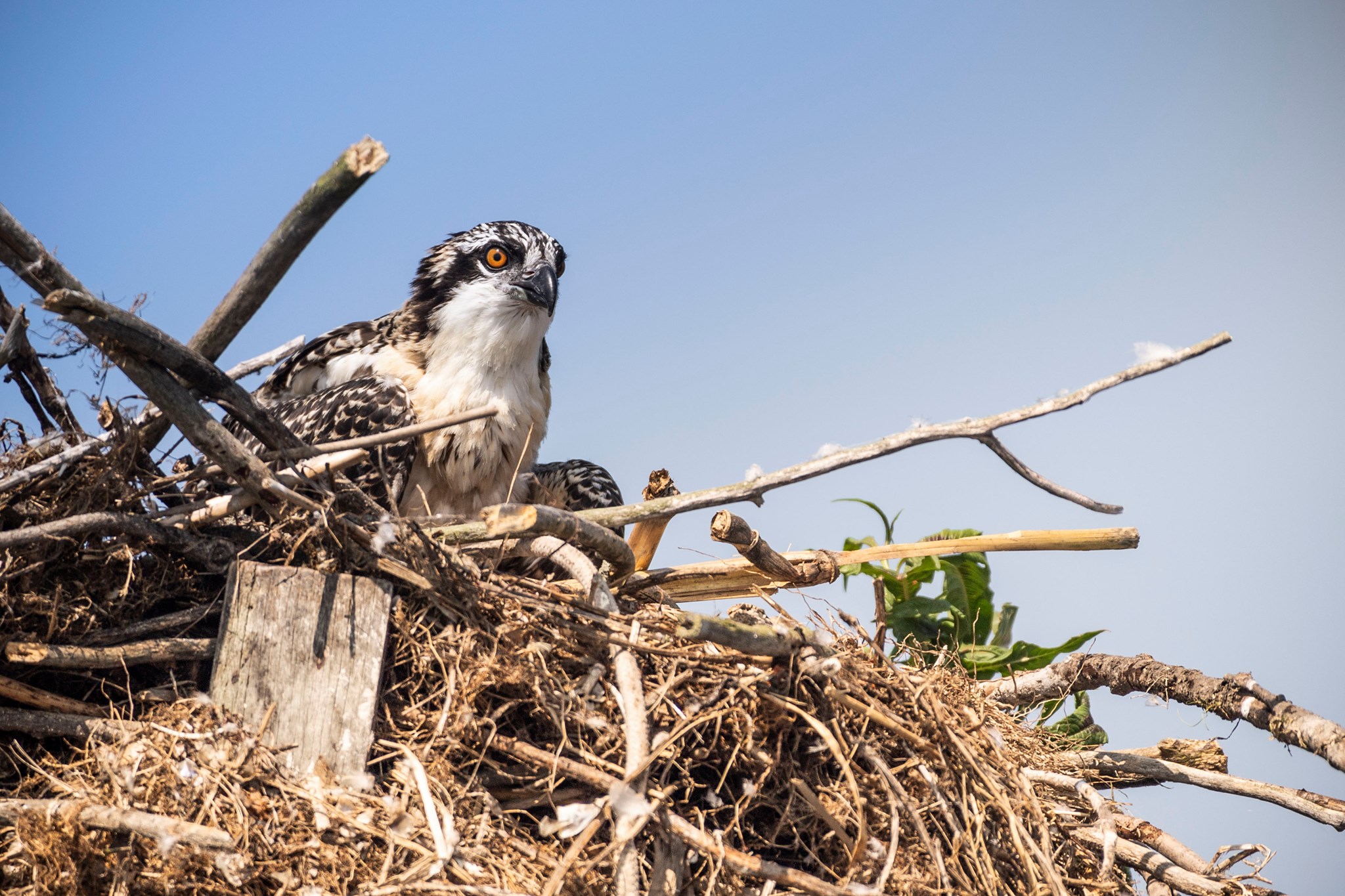 Michiganders now have another reason to celebrate in July beyond the Independence Day holiday, fireworks shows and summer festivals.

Gov. Gretchen Whitmer and the Michigan Legislature today announced approval of a bipartisan resolution declaring July as “Michigan Wildlife Conservation Month.” The aim is to promote awareness of the nationally heralded efforts the state is making to ensure Michigan’s wildlife and natural resources are preserved for future generations.

“Our state is recognized throughout the U.S. as a leader in wildlife management, so it’s appropriate that we celebrate Michigan’s many wildlife conservation success stories,” Whitmer said. “At the same time, it’s important for the public to know about the essential role hunters and anglers play in conserving, managing and protecting Michigan’s wildlife.”

Highlighting the declaration of Michigan Wildlife Conservation Month is the kickoff of the first-ever traveling Michigan Wildlife Photo Mosaic Wall, which will allow thousands of Michigan residents and visitors to pose for free live-event, real-time photos illustrating how people are necessary for wildlife management.

Beginning in July at popular public venues such as Comerica Park during a Detroit Tigers game on July 6, John Ball Zoo in Grand Rapids on Aug. 1 and in Flint, Lansing and the Upper Peninsula at locations and dates to be determined, people will take photos in a booth that will automatically print their facial image as a sticker. Participants can engage in the interactive experience by placing their photo stickers on the mosaic board, which will appear as individual, 8-foot-wide by 4-foot-tall artistic images of wildlife such as an elk, peregrine falcon, wild turkey, Kirtland’s warbler and lake sturgeon.

Following the statewide tour, the final versions of each Michigan Wildlife Photo Mosaic Wall will be displayed at the Michigan History Center in Lansing. (See an example of the peregrine falcon planned for the Detroit Tigers event here.)

“This is a terrific opportunity for people of all ages – from young children and families to teens and grandparents – to become part of a once-in-a-lifetime Michigan experience celebrating our state’s outdoor heritage in a fun and innovative format that will be preserved for posterity,” said Michigan Wildlife Council Chair Matt Pedigo.

“Each of the images was selected to represent the unique relationship that exists between Michigan’s abundant wildlife, the people who take care of it and the people who enjoy it,” Pedigo said. “The photo mosaic wall makes everyone at the event feel like once you look at the big picture, we’re all in it together. From up close, you see individual photos – as you move farther back, the mosaic of each wildlife species’ beauty is revealed.”

The proclamation of July as “Michigan Wildlife Conservation Month” reflects that July 1 marks the 81st anniversary of the effective date for the Pittman-Robertson Federal Aid in Wildlife Restoration Act, which ensured wildlife management projects nationwide would be funded by the purchase of hunting equipment.

The proclamation also coincides with the five-year anniversary of the creation of the Michigan Wildlife Council, which is a bipartisan-approved panel tasked by the Legislature with conducting a public education campaign emphasizing the importance of wildlife management and the role hunting and fishing play in protecting and enhancing Michigan’s wildlife and natural resources.

This year’s efforts emphasize that hunting and fishing licenses – not taxes – pay for the conservation of Michigan’s forests, waters and wildlife, said Sen. Jon Bumstead, R-Newaygo, who sponsored the legislation that created the council in late 2013.

“Today, in no small part because of the council’s activities, research shows more Michiganders than ever are aware of the essential role hunting and fishing play in wildlife conservation,” said Bumstead, who noted that nearly $61 million was generated in 2018 for Michigan conservation through the sale of hunting and fishing licenses.

Among the wildlife success stories that legislators, Whitmer and Michigan Wildlife Council members are encouraging Michiganders to celebrate are:

“On behalf of the council, we want to thank Gov. Whitmer and the Legislature for their leadership and vision in placing a high priority on the benefits that hunting and fishing bring to our state,” Pedigo said.

“Michigan is just the second state in the country to have created a wildlife council,” he said. “By working together, we’re winning national acclaim for the tremendous strides Michigan is making in informing those who don’t hunt or fish about the important role those pursuits play in our state.”

The money spent every year on hunting and fishing in Michigan has huge financial benefits across all regions of the state.

According to a recent Michigan United Conservation Clubs study, hunting and fishing annually contribute $11.2 billion to Michigan’s economy and support 171,000 jobs, making the combination of activities one of the state’s top 10 job-creation industries.

“In Southeast Michigan alone, spending on hunting and fishing adds $3.7 billion to local economies. That’s money being spent on everything from fishing rods and camping equipment to gas, meals and outdoor clothing,” Love said.

The economic benefits for local communities from those who hunt and fish are vital to continuing Michigan’s prosperity now and in the future, said Amy Trotter, MUCC executive director.

“People who never hunt or fish should have a new appreciation for the economic power Michigan’s hunters and fishermen deliver and that helps make our state a great place to live, work and play,” Trotter said.

In addition to Pedigo, the members of the Michigan Wildlife Council are Carol Rose of Hillman, Jeff Poet of Clare, Beth Gruden of Perrinton, Jim Hammill of Crystal Falls, Hank Stancato of Detroit, Ed Roy of Traverse City, Nick Buggia of Mayville and Kristin Phillips, who serves as a DNR representative.