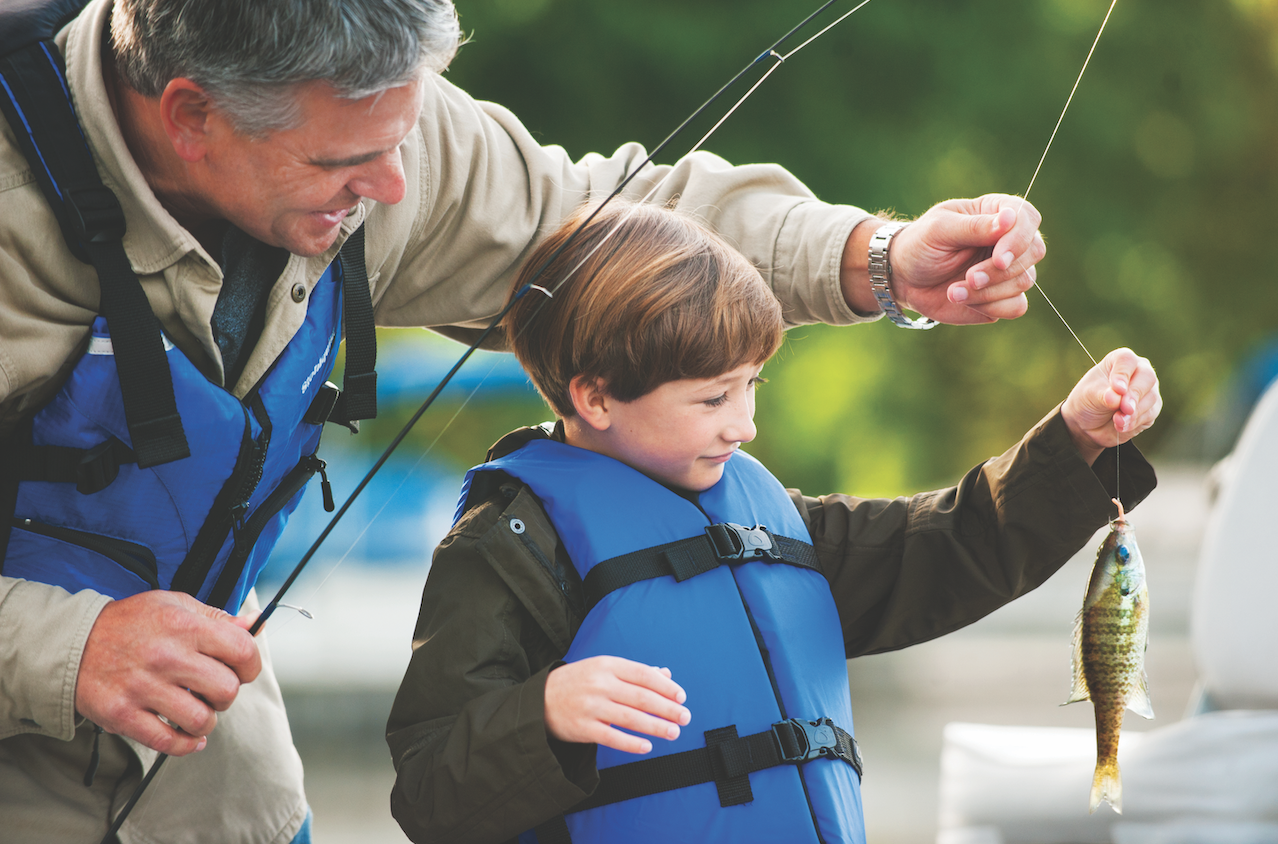 If you know a hunter or angler in Michigan, you know a conservationist.

“Many people think state taxes cover the cost of conservation efforts in Michigan. But those efforts are almost entirely funded by the purchase of hunting and fishing licenses,” said Matt Pedigo, chair of the Michigan Wildlife Council, a group dedicated to increasing public understanding of the important role hunting and fishing plays in the conservation and management of the state’s natural resources.

It may seem strange to associate wildlife conservation work — which includes habitat restoration and invasive species management — with hunting and fishing, but these activities play a vital role in ensuring the long-term survival of Michigan’s native plant and animal populations.

One of the key reasons Gov. Gretchen Whitmer approved a bipartisan resolution declaring July as Michigan Wildlife Conservation Month is to help inform the public about the essential role hunters and anglers play in conserving, managing and protecting Michigan’s wildlife.

“Our state is recognized nationally as a leader in wildlife management, so it’s appropriate that we celebrate Michigan’s many wildlife conservation success stories,” Whitmer said.

Highlighting the declaration of Michigan Wildlife Conservation Month is the kickoff of a first-ever traveling Michigan Wildlife photo mosaic wall that will allow thousands of Michiganders to pose for free live event photos in real time that will illustrate how people are necessary for wildlife management. These events are planned to begin in July at popular public venues in Detroit, Lansing, Grand Rapids, Flint and the Upper Peninsula.

“This is a terrific opportunity for people of all ages to become part of a once-in-a-lifetime Michigan experience celebrating our state’s outdoor heritage in a fun and innovative format that will be preserved for posterity,” Pedigo said.

Unfortunately, the future funding of Michigan’s conservation efforts may be in jeopardy due to declining numbers of young hunters and anglers, combined with the void left by baby boomers who are aging out of these activities in the state’s fields and streams.

That’s why recently proposed updates to the Federal Aid in Wildlife Restoration Act, also known as the Pittman-Robertson Act, are so important.

Since its enactment in 1937, the Pittman-Robertson Act has set aside a portion of the money generated from the sale of firearms and ammunition to a dedicated fund that’s used exclusively for wildlife conservation. To date, the act has contributed nearly $11.5 billion to wildlife conservation nationwide.

The proposed updates, which are called , primarily involve adding flexibility to how the funds are used in order to develop and implement strategies to reach out to the next generation of hunters and anglers. Research indicates that nontraditional hunters and anglers, such as minorities, women and suburban and urban populations, have an interest in hunting but don’t have the training, knowledge or opportunities to participate.

The Modernizing the Pittman-Robertson Fund for Tomorrow’s Needs Act aims to ensure the long-term viability of revenue sources that fund state-based conservation in Michigan and across the country by:

— Placing a cap on the amount of funds that can be spent on hunter and recreational-shooting recruitment efforts to ensure conservation remains a primary focus.

Additionally, this fund would support the recruitment, reactivation and retainment of future generations of hunters, archery enthusiasts and recreational shooters. In doing so, it would provide state wildlife agencies with increased funds for wildlife conservation efforts through the licenses and equipment those newcomers would subsequently purchase.

The number of licenses sold for Michigan’s firearm deer-hunting season in 2018 was down to 621,000 from a high of 785,000 deer hunters in 1998, a nearly 21% reduction. By 2035, projections are that the late-’90s rate will be cut by more than half. Michigan is not the only state seeing this downward trend in participation. In fact, most states are experiencing a decline in number of hunting licenses sold.

That decline not only affects conservation dollars but also impacts Michigan’s economy: A report by Michigan United Conservation Clubs created in 2018 and released in 2019 found that hunting and fishing activities contribute $11.2 billion annually to Michigan’s economy and support more than 171,000 jobs. The proposed updates to the Pittman-Robertson Act wouldn’t reverse that economic impact, but they would increase the contributions of hunters to stabilize necessary financial resources for Michigan conservation.

“Hunters and anglers are the original conservationists,” Pedigo said. “No one cares more about wildlife than these folks. Their license dollars and equipment expenditures keep the state’s fish, deer, bird and small mammal populations healthy and robust.”

In 2018, Michigan received $24.3 million in Pittman-Robertson funds from hunting licenses. That money was used to fund grassland restoration efforts benefitting Michigan pheasants, rabbits and elk, and the eradication of the hemlock woolly adelgid, an invasive insect that has the potential to decimate trees across the state.

In addition, Michigan last year received $10.7 million in funding from the Federal Aid in Sport Fish Restoration Act, also known as the Dingell-Johnson Act, a similar act that sets aside a portion of money spent on fishing equipment, such as bait and tackle.

“Hunters and anglers are the stewards of our land and responsible for much of the conservation efforts,” said U.S. Rep. Debbie Dingell, who supports the Modernizing the Pittman-Robertson Fund for Tomorrow’s Needs Act. “This nation has a strong tradition of hunting and fishing, and their support through license sales helps support conservation across the country.”

‘Something needs to be passed down’

“This bipartisan bill supports sportsmen and the public by funding wildlife conservation for generations to come,” Dingell said. “We must protect the environment, endangered species and our traditions. This is an important path to do so.”

Earlier this year, Dingell was invited to the Oval Office when the John D. Dingell, Jr. Conservation, Management, and Recreation Act was signed into action, which, among other things, permanently established multiple areas of land protection.

“Michigan wildlife drastically needs our help, and we have to start thinking out of the box to make that happen,” Dingell said. “I grew up playing and fishing in the St. Clair River. In my lifetime, I’ve seen what pollution did to our wildlife populations, but I’ve also seen how cleanup and regulations can help them recover.

“Something needs to be passed down generation to generation, and we’re working to ensure that.”