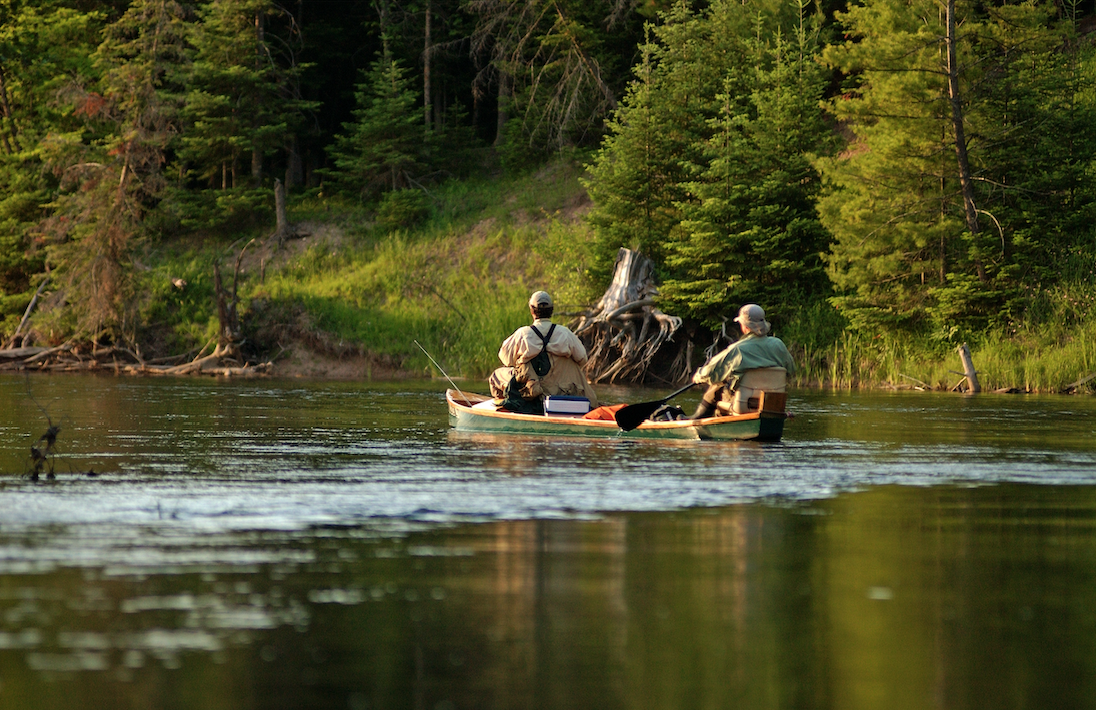 Northern Michigan’s Au Sable River is known as a recreation and fishing destination, but during the summer of 1959, it served as the birthplace of what is now one of the largest national organizations focused on the conservation of coldwater fisheries.

The 16 fishermen who met that summer at the Barbless Hook, angler George Griffith’s home on the banks of the Au Sable River, had an ambitious goal: Improve the quality of Michigan’s trout streams. The group’s founders, including Griffith, George Mason and Art Neumann, envisioned healthy rivers that would no longer need to be stocked with fish every year.

Since that first official meeting, Trout Unlimited has become one of the most effective conservation organizations in the country. Its 300,000 members and supporters nationwide work tirelessly to improve the rivers that provide habitat for trout and salmon and, in turn, provide ideal habitat for numerous other aquatic species.

The mission of Trout Unlimited — to conserve, protect and restore North America’s coldwater fisheries and their watersheds — is translated into action by the 8,000 members and volunteers of Michigan’s 20 chapters. Among the most active is Grayling’s Mason Griffith Founders Chapter, or MGFTU, also known as Chapter 001.

The list of projects that the chapter has worked on since 2010 is impressive, including everything from planning and coordinating initiatives to submitting grant applications and installing in-stream improvements.

“MGFTU decided a number of years ago that the focus of the chapter would be ‘boots in the water’ restoration or preservation work,” said Karen Harrison, chapter president. “We are able to make an impact because of our passion for the river, and we are very lucky to have dedicated volunteers.”

In some cases, volunteers from other Michigan Trout Unlimited chapters, especially those in metro Detroit, work with the Grayling chapter to get projects done. In addition, members of other chapters often attend the Grayling chapter’s annual fundraising banquet to help further its work on the Au Sable.

Bryan Burroughs, executive director of Michigan Trout Unlimited, explained why: “Most of the members in our chapters on the east side of the state call the Au Sable their home river due to its historical importance and great fishing opportunities. In the southeast corner of the state, we have four chapters — Paul Young, Vanguard, Challenge and Clinton Valley. That’s several thousand people who drive up I-75 to fish the Au Sable. There is also a chapter in Ann Arbor and one in Bay City. An awful lot of those folks really give a great deal of attention to the Au Sable.”

Like all fishers and hunters in Michigan, Trout Unlimited members also contribute to conservation efforts in the state when they buy their fishing and hunting licenses.

“People often think that state taxes are what pay for conservation projects, but that isn’t the case,” said Matt Pedigo, chair of the Michigan Wildlife Council. “The funding comes from every hunting and fishing license sold in the state of Michigan.”

How partnerships make a difference

Burroughs points out that although Trout Unlimited’s presence in Michigan is very strong, almost no conservation is done purely by one group.

“Michigan is blessed, more than most states, with the tradition of leadership and stewardship responsibility that the state’s hunters and anglers have,” he said. “For on-the-ground work, there’s a great deal of partnership and coordination among groups.”

“MGFTU and other conservation groups in the Grayling area collaborate to ensure that what needs to be done gets done,” she said. “We often work with the Upper Manistee River Association, Anglers of the Au Sable, the Au Sable River Watershed Committee and the Au Sable North Branch Area Foundation.”

Jeremy Geist, Trout Unlimited’s Great Lakes stream restoration manager, firmly believes that the work done by the Michigan chapters ensures the quality of the state’s rivers not only now but also into the future.

“Our chapters play a really pivotal, crucial role in keeping eyes on the rivers,” Geist said. “They have really helped the rivers rehabilitate themselves following past land-use activity and management, and put them on a trajectory to remain healthy and continue to be healthy for future generations.”

Trout Unlimited also emphasizes the importance of educating younger generations about the value of Michigan’s rivers and getting kids involved in fishing and conservation.

“Our chapter has not only excelled in habitat improvement projects but has been active in programs that support youth,” Harrison said. “Every year, we participate in the Michigan TU Youth Camp, where they spend an afternoon learning about river restoration and helping with a project.”

Michigan author Bob Linsenman is well acquainted with Trout Unlimited and all that makes the Au Sable a special river: “Anglers from around the world fish the diamond-studded necklace of coldwater streams across both peninsulas yearly. Of all these flamboyant beauties, the Au Sable is the crown jewel, a place where wild trout rise from clean, sparkling water and traditions are passed down through the generations. There simply is no other river quite like it.”