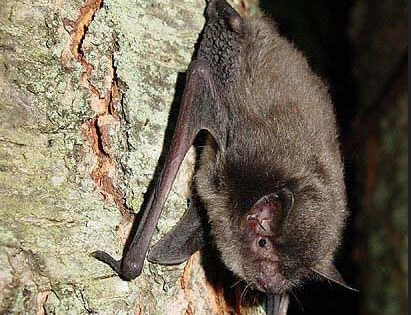 With cold weather setting in and the Halloween season behind us, bats will be a rare sight over the next several months. But these native Michigan animals are a vital part of the state’s ecosystem and play a key role in keeping the state's insect populations down.

However, bats are facing a unique struggle right now in the state, and this winter could be a tough one for them. Biologist John DePue from the Michigan Department of Natural Resources stopped by to discuss how residents can help bats through the winter and keep the population up.

Bats are highly intelligent, social mammals, and are the only mammal capable of flight. All Michigan bat species are insectivores, which means they eat only bugs. An average bat can eat up to 1,000 mosquitoes per hour.

Michigan is home to nine species of bats. The little brown bat and the big brown bat are probably the most common bat people living in West Michigan would see. Michigan is also home to the Red Bat, the Tri-Colored Bat, and the Silver-Haired Bat.

Depending on where you go in the state, people can also find the Evening Bat, the Hoary Bat, the Indiana Bat or the Northern Long-Eared Bat.

Bats hibernate during the winter, but they're particularly susceptible to White Nose Syndrome, which is a fungal infection that spreads from bat to bat through touch.

White Nose Syndrome does not affect people at all, but it keeps bats from being able to fully hibernate and has resulted in the deaths of many bats in Michigan. Additionally, human encroachment on the natural habitat for bats, such as the caves forests that they roost in, presents a constant danger to bats.

Michigan residents can help protect bats from harsh conditions and prevent White Nose Syndrome by building bat boxes and installing them in nearby trees or under eaves of the house. Also, residents can keep old-growth trees on the property, which provide natural shelter for bats.

Learn more about bats by visiting Michigan.gov/DNR and type “bats” in the search bar.