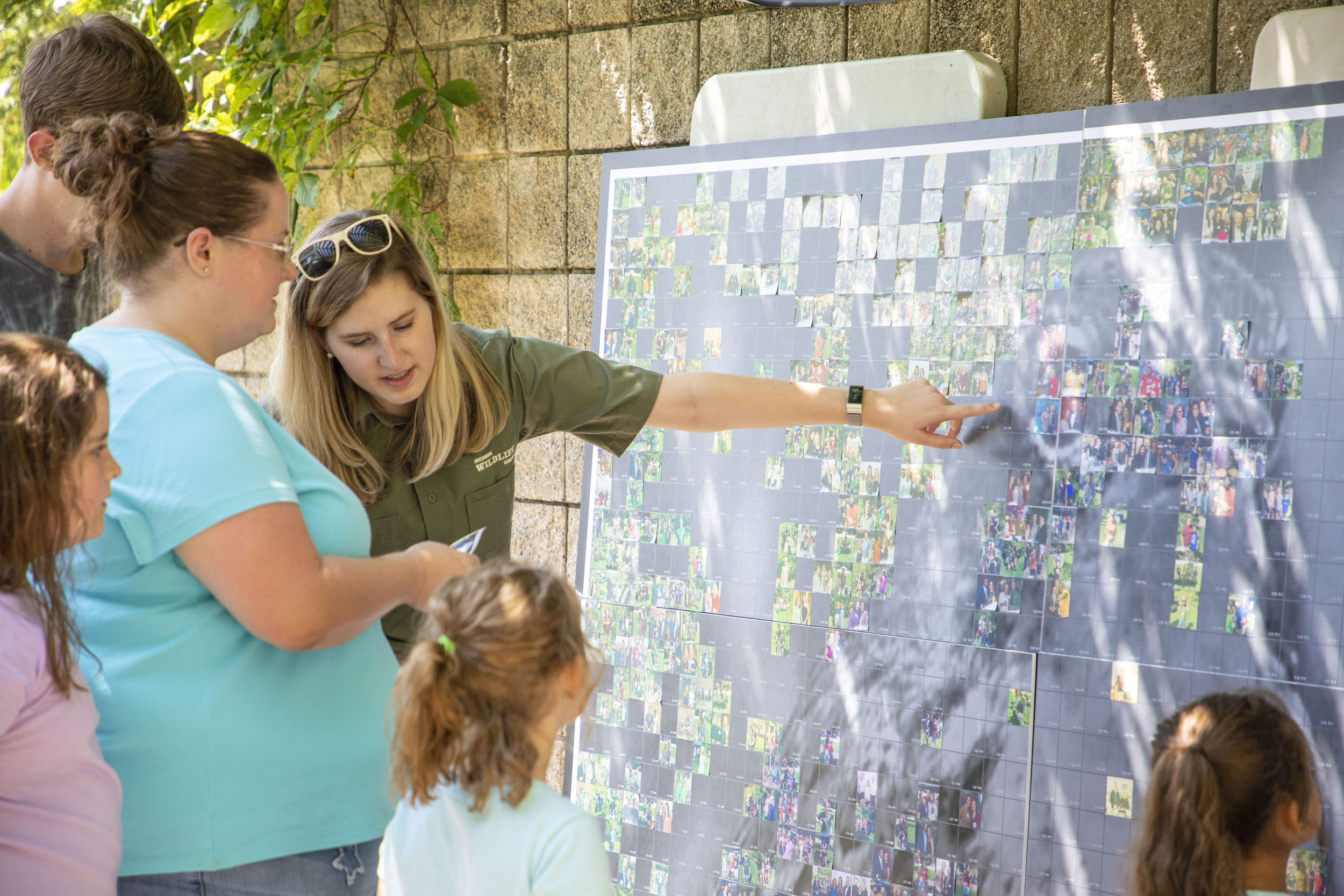 From a tiny warbler to a giant fish, 6 comebacks on display at Michigan History Center.

Considering all the effort that went into ensuring the survival of what are now some of Michigan’s most high-profile animal species, it’s only fitting that a new wildlife exhibit at the Michigan History Center in Lansing was crafted with assistance from more than 10,000 people throughout the state.

The Michigan Wildlife Photo Mosaics exhibit that debuted in January and will remain on display indefinitely at the center celebrates six of Michigan’s greatest conservation success stories.

“This exhibit is really a tribute to everyone who joined forces to bring six of Michigan’s most treasured wildlife back from the brink of extinction: elk, lake sturgeon, peregrine falcon, wild turkey, Kirtland’s warbler and osprey,” Michigan Department of Natural Resources Director Dan Eichinger said during an unveiling ceremony for the mosaics.

The mosaics were developed at high-profile events during 2019 in Detroit, Flint, East Lansing, Grand Rapids and Escanaba. At each stop, participants had their pictures taken and then affixed stickers of their photos to an 8-foot-wide by 4-foot-tall mosaic board that, when filled, formed the image of one of the featured species.

The intent was to illustrate how people are necessary for wildlife management, said Matt Pedigo, chairman of the Michigan Wildlife Council, an organization created by the Michigan Legislature to educate the public about the importance of scientific-based management practices — including regulated hunting and fishing — to the conservation of the state’s wildlife.

“This one-of-a-kind series of photo mosaics is a fun and dynamic way to acknowledge all the thought and work that nature lovers of all types put into preserving our outdoor heritage,” said Pedigo, noting the bulk of that conservation work is funded by hunting and fishing license sales — not general state taxes.

The Michigan Wildlife Council, which itself is funded by $1 from the sale of each hunting and fishing license, has been highlighting the role that sportsmen and sportswomen play in wildlife conservation since it was formed in 2013.

And it’s clear that message is resonating with Michiganders, 73% of whom in a 2019 Michigan Wildlife Council survey correctly identified hunting and fishing licenses as the largest sources of funding for statewide wildlife management work.

The Michigan Wildlife Photo Mosaics exhibit is a celebration of some high-profile examples of that work: