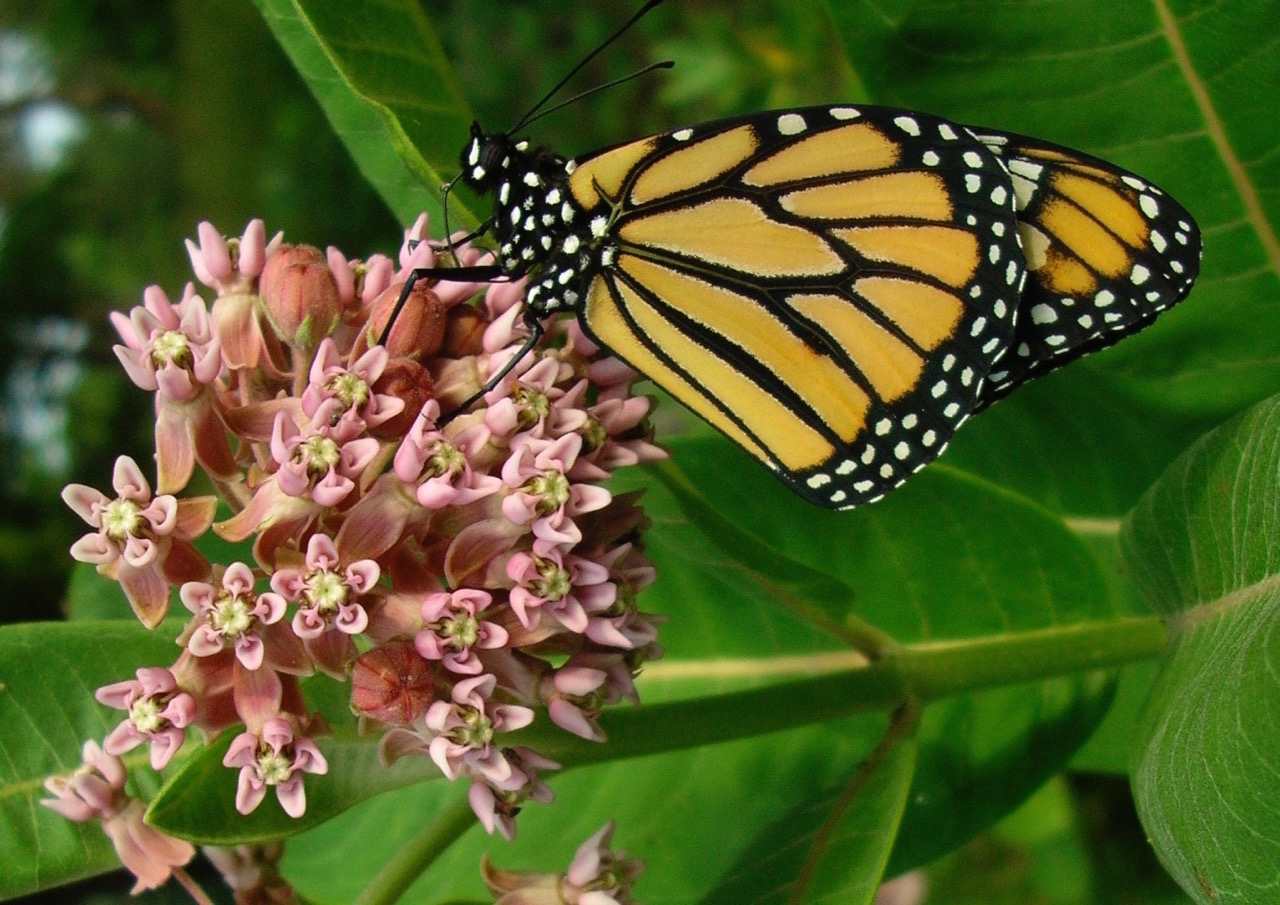 Dan Kennedy fondly recalls that when he was a kid he commonly saw monarch butterflies while he was outside playing.

Now, in his position as endangered species coordinator for the Michigan Department of Natural Resources, it’s his job to help ensure that future generations will experience the pleasure of similar encounters.

But he’s not alone. Throughout Michigan, people from various walks of life are working to help boost monarch populations, which in recent years have dropped sharply primarily because milkweed plants – the butterfly’s nursery, home and food source – also have been decimated.

One of those people is Ilse Gebhard, a retired Kalamazoo-area chemist who now volunteers as a conservation specialist in Michigan for the national Monarch Watch organization.

She travels West Michigan giving presentations in schoolrooms, before community groups and wherever else she can spread the word about monarch conservation.

“It’s become quite a passion, and I hope I do make a difference,” she said.

Highlighting how various conservation efforts make a difference in preserving Michigan’s wildlife and natural resources is the purpose of a new public education campaign from the Michigan Wildlife Council (MWC).

“We’re aiming to show the important role scientific management plays in preserving the vast and varied ecosystems that make up Michigan’s outdoors, including those that support monarch butterflies,” said past chair of MWC Carol Rose.

Milkweed is the key

To encourage others to help make Michigan a monarch-friendly state, Gebhard also gives away milkweed plants and seeds.

“Even a single plant in a planter on a deck makes a possible reproductive site,” said Elsner, noting that milkweed is the only place where monarchs lay eggs and that the plants serve as the food source for the growth of the monarch caterpillars.

A milkweed plant can support several caterpillars, but caterpillar survival is typically better if they are widely distributed over a number of plants, Elsner added.

Two of the best varieties for garden plantings in Michigan are orange milkweed – also commonly referred to as butterfly weed – which Elsner said is beautiful when it flowers, and swamp milkweed, which blossoms in pink and white. He recommends planting seeds in autumn because they require a three-month exposure to cold to germinate.

Tropical milkweed can also be grown in Michigan, but unlike the orange and swamp varieties, it will not survive the winter.

Beyond obtaining them from monarch conservation groups, milkweed seeds can be collected from existing plants or bought at garden stores, which also often sell container plants.

Nationally, the U.S. Fish and Wildlife Service (USFWS) is leading the charge to conserve the monarch. The agency is also reviewing a petition filed by the Center for Biological Diversity to list monarch butterflies as a threatened species that requires special protection to survive.

The ultimate goal of conservation efforts is to avoid the need to place the monarch on the federal list, Kennedy said.

To that end, leaders from Michigan will attend the annual meeting of the Trilateral Committee for Wildlife and Ecosystem Conservation and Management to help coordinate monarch conservation efforts among the United States, Canada and Mexico. Additionally, Kennedy is working with the USFWS and other Midwestern states to develop and coordinate a regional monarch plan. To help monarch conservation in Michigan, Kennedy is leading an effort to organize a “monarch summit” this fall that will bring together various partners to collaborate on saving the butterflies.

Studies have found that the primary reason for the decline is the large-scale use of herbicides that destroy milkweed plants, which once grew plentifully in and along the periphery of fields. While that agricultural practice has improved crop production, it’s had the unintended consequence of harming the monarch population, Elsner said.

Monarchs became central to Gebhard’s life in the late 1990s, when she found a monarch chrysalis on her property and took it inside until a butterfly emerged.

“That was it – it sparked my interest,” she said. “Once I became more involved, I became aware that they needed to be preserved.” She’s eagerly awaiting the monarch’s return to Michigan, which occurs each year from mid-May to early June.

While wildlife conservation is ongoing in Michigan, the monarch, Kennedy said, is a “flagship species” that strongly resonates with people.

“When I was a kid I could see monarchs everywhere,” he said. “Most of us who were outside could see a monarch emerge from a pupa. If the monarch goes away, our kids will no longer have that opportunity.”

Beyond ensuring that monarchs are still here for our viewing pleasure, conservation efforts also aid pollination of fruit trees and plants by creating food and habitat for other species, including bees, other butterflies and songbirds, Elsner said.

“The monarch is one butterfly that the things we do are intended to benefit, but it’s also good for hundreds of other species and ultimately for us,” he said.

For more information on conservation and wildlife management efforts in Michigan, visit HereForMiOutdoors.org.