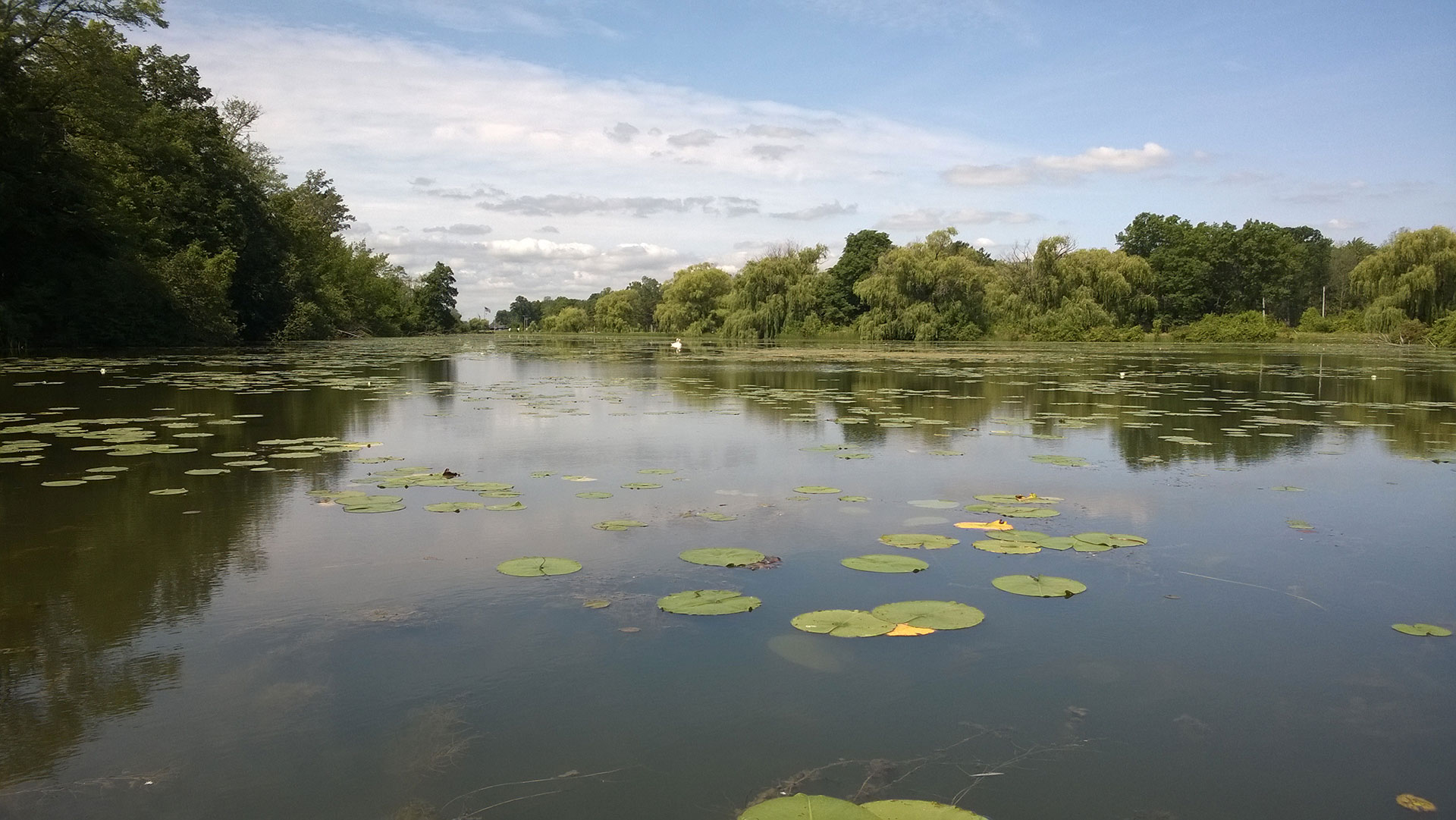 Belle Isle is a natural wonder. But it takes a lot of work to keep it that way.

Nestled at the mouth of the Detroit River and just a stone’s throw from downtown, the 2.5-mile-long island has been a popular urban oasis since its founding as a city park in 1879.

But the island is also home to 200 acres of a rare ecosystem known as wet-mesic flatwoods. These forested wetlands still contain rare plant and wildlife species common hundreds of years ago throughout southeast Michigan after the glacial period.

“Belle Isle is very important because it has the largest example of flatwoods forest and one of only six high-quality examples left in Michigan,” said Glenn Palmgren, a Michigan Department of Natural Resources ecologist.

Centuries ago, the Detroit River was lined with coastal wetlands sometimes a mile wide. But in the last 200 years, nearly 97 percent of all wetlands have been removed by riverfront construction. This has led to the significant decline of the wildlife, fish and plants that once thrived along the river, said Sam Lovall, Friends of Detroit River project manager.

Now efforts are underway to restore those natural resources for generations to come.

The Michigan Wildlife Council was created three years ago to educate the public about how Michigan’s wildlife and natural resources are managed and how those activities are funded.

“We are extremely lucky in Michigan that so many dedicated men and women work every day to conserve and protect our natural resources across the state,” said Matt Pedigo, council chair. “So even though you may not hunt or fish, we all benefit from this critical work.”

While the majority of funding for wildlife conservation projects in Michigan comes from the sale of hunting and fishing licenses, many projects – such as those on Belle Isle – are funded with federal dollars.

The Friends of the Detroit River, a nonprofit organization working to improve the quality of life for people, plants and animals in southeast Michigan and southwest Ontario, has played a major role in the waterway’s restoration.

The group has received nearly $4 million to connect 40-acre Lake Okonoka to the river through a “partnership grant” from the National Oceanic and Atmospheric Administration. The funding originated from the Great Lakes Restoration Initiative, which was created in 2010 to help protect and restore the largest system of fresh surface water in the world – the Great Lakes.

The project is part of an ongoing effort by the Friends of the Detroit River to restore fish and wildlife populations by improving habitat up and down the 32-mile waterway.

“The flatwoods forest historically was connected to the Detroit River,” Lovall said. “But since the 1950s, all three of the lakes on Belle Isle and the canals have been closed off from the river. So part of this project will be to reconnect Lake Okonoka to the river and restore the wet-mesic flatwoods forest.”

With the help of state and federal dollars, the Friends of the Detroit River has already completed the restoration of Blue Heron Lagoon and South Fishing Pier on Belle Isle, along with other shoreline restoration projects elsewhere on the river.

Construction is expected to begin this fall and be completed next year.

The project includes connecting Lake Okonoka to Blue Heron Lagoon, which was reconnected to the river in 2013. Another opening to the river will be created west of the South Fishing Pier to improve aeration and water circulation in the lake.

“By connecting both of these water bodies, it will double the opportunity for fish nursery activities in the area,” Palmgren said. “Belle Isle will be a great spot for young fish to find shelter until they’re large enough to make it on their own in the Detroit River.”

Paddlers can also look forward to the project’s conclusion, as they will be able to make their way throughout much of the island on the interconnected lakes and canals.

Additional work will include dredging Lake Okonoka to make it deeper, as well as adding gravel spawning beds to improve fish habitat.

Because Belle Isle is in the middle of a major flyway, migratory birds will also benefit from the flatwoods forest restoration.

“In the urban area of Detroit, there are not a lot of places the migrating birds have to congregate,” Palmgren said. “By restoring the 200-acre forest and reconnecting the 40-acre lake to the Detroit River, it will make a huge impact on wildlife and fish.”

“It really starts to become an entire ecosystem that we’re re-creating,” Lovall said.

The Detroit River is vital to the region’s well-being, he said.

“The ongoing river restoration efforts respond to southeast Michigan’s anticipated next economy: jobs based on technology, clean water, healthy lifestyles, quality food, recreation and tourism,” Lovall said. “A restored Detroit River is the single most important asset we have to make this happen.”