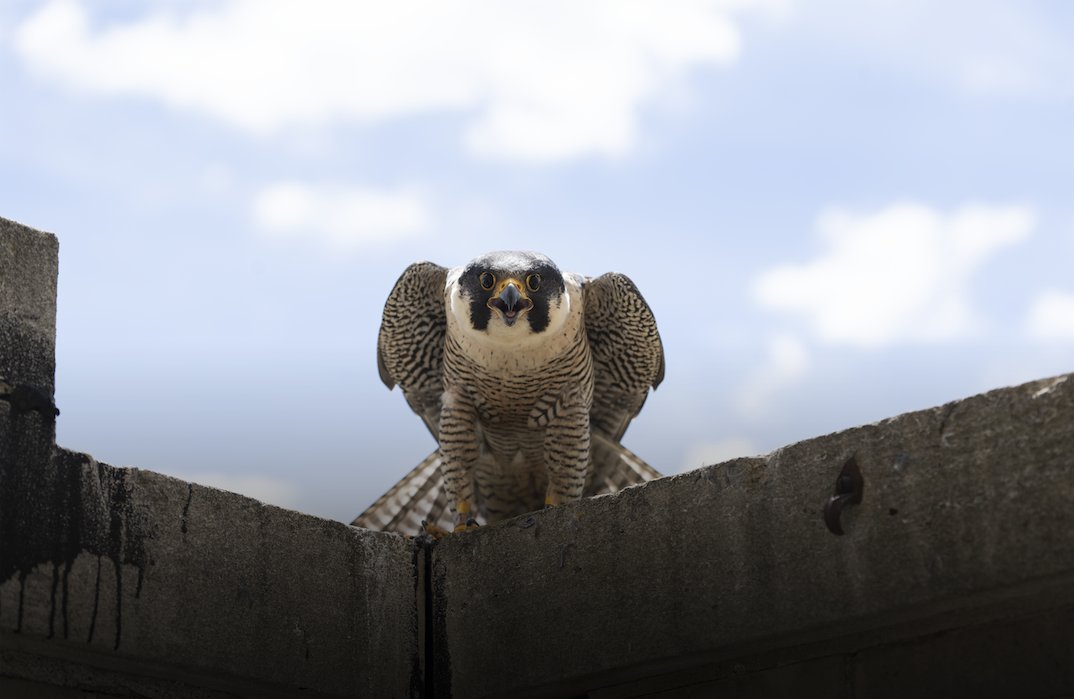 By the late 1960s, peregrine falcons had disappeared from the eastern half of the United States, including Michigan. Unregulated use of pesticides had impacted their ability to reproduce over a number of years.  But the majestic birds have made an epic comeback here thanks to the ban and regulation of pesticide use and a rigorous reintroduction effort.

Their return in large part is due to strong wildlife conservation partnerships in the state, led by the Michigan Department of Natural Resources. The DNR monitors the falcons and dedicates time each spring to tagging new chicks and conducting medical screenings.

While peregrine falcon conservation efforts receive support from the Nongame Fish and Wildlife Fund, the majority of wildlife management would not be possible without hunting and fishing in Michigan. The money that funds the state’s conservation efforts, including its wildlife management work, comes from hunting and fishing license dollars – not state taxes.

Peregrine falcons are a living symbol of the wildlife management success that’s possible with public and private groups, scientists and volunteers all working together, said Matt Pedigo, chair of the Michigan Wildlife Council.

“And thanks to that work, Michigan’s wildlife and natural resources can be enjoyed for generations to come,” Pedigo said.

Bird-watchers in particular are delighting in the return of peregrines, which are the fastest animal on earth and hit air speeds of more than 200 mph as they dive for prey. The raptors traditionally nest on cliff faces and in mountains, but they have adapted surprisingly well to living in urban areas by making their homes on the edges of skyscrapers and other tall buildings.