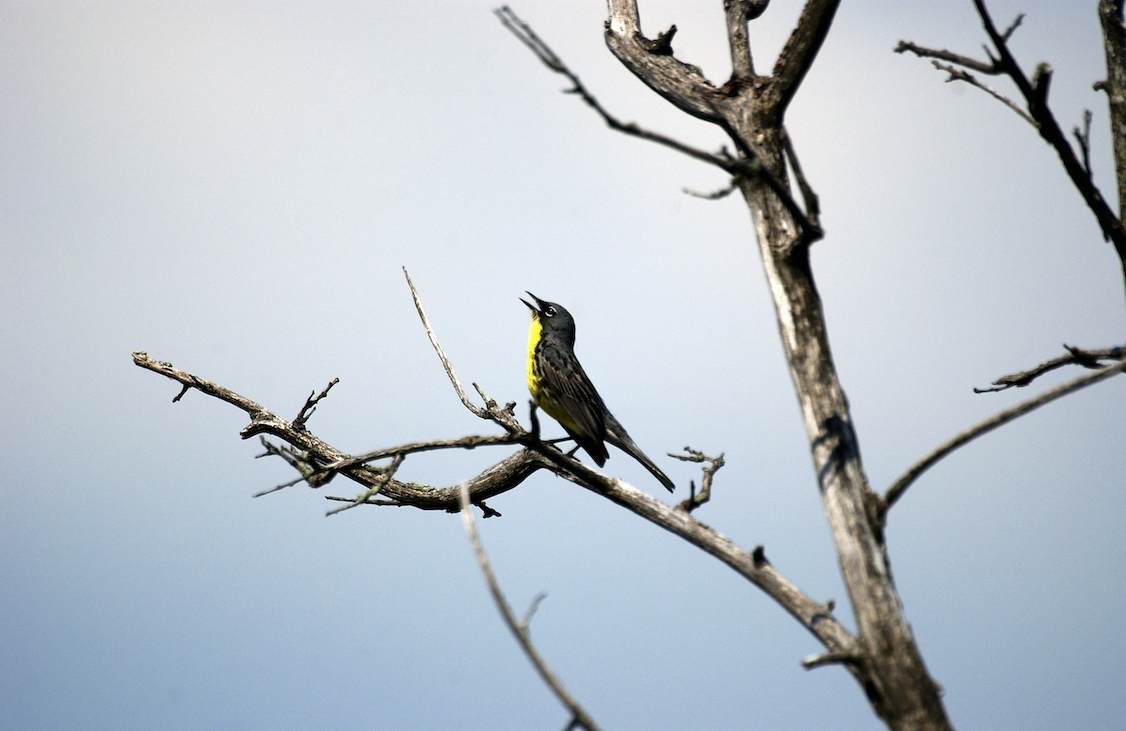 The Kirtland’s warbler is known for carefully choosing where and how it nests – primarily only in stands of young jack pines in a portion of the northern Lower Peninsula.

Fittingly, careful application of scientifically-based wildlife management practices has brought it back from the brink of extinction.

The beloved songbird landed on the federal government’s very first list of endangered species, which was released in 1967. By the early 1970s, its population had dropped to just 167 nesting pairs, according to the U.S. Fish and Wildlife Service (USFWS).

However, thanks to management efforts led by the USFWS, the Michigan Department of Natural Resources, conservation groups and individual residents, today there are more than 2,300 pairs, exceeding the established recovery population goal.

“The Kirtland’s warbler’s comeback is another Michigan wildlife management success story,” said Matt Pedigo, chair of the Michigan Wildlife Council, adding that the bulk of the money that funds conservation efforts throughout the state comes from the sale of hunting and fishing licenses – not state taxes. “Fishing and hunting benefits nature lovers of all types, including, in the case of the Kirtland’s warbler, birdwatchers.”

The large, steel-gray warbler, distinguished by its yellow chest and white eye crescents, also provides an economic boost to the economies in its primary nesting areas of Crawford, Oscoda and Ogemaw counties. Bird lovers from throughout the world travel to the area to catch a glimpse of the species. It even has its own celebration: the Kirtland Warbler’s Festival is held annually in Roscommon during the first full weekend of June.

But there would be no cause for festivities without the exacting implementation of wildlife management techniques that provide the bird with the nesting habitat it requires. Kirtland’s warblers lay eggs in nests built on the ground under the low-hanging branches of jack pine trees. However, they won’t nest near mature jack pines.

“While the Kirtland’s warbler has made a significant rebound, its continued success will require ongoing management to ensure its rigid habitat requirements are met and that future generations can enjoy this iconic songbird,” Pedigo said.

More information about Kirtland’s warblers and other wildlife conservation success stories is available at the Michigan Wildlife Council’s website, HereForMIOutdoors.org.