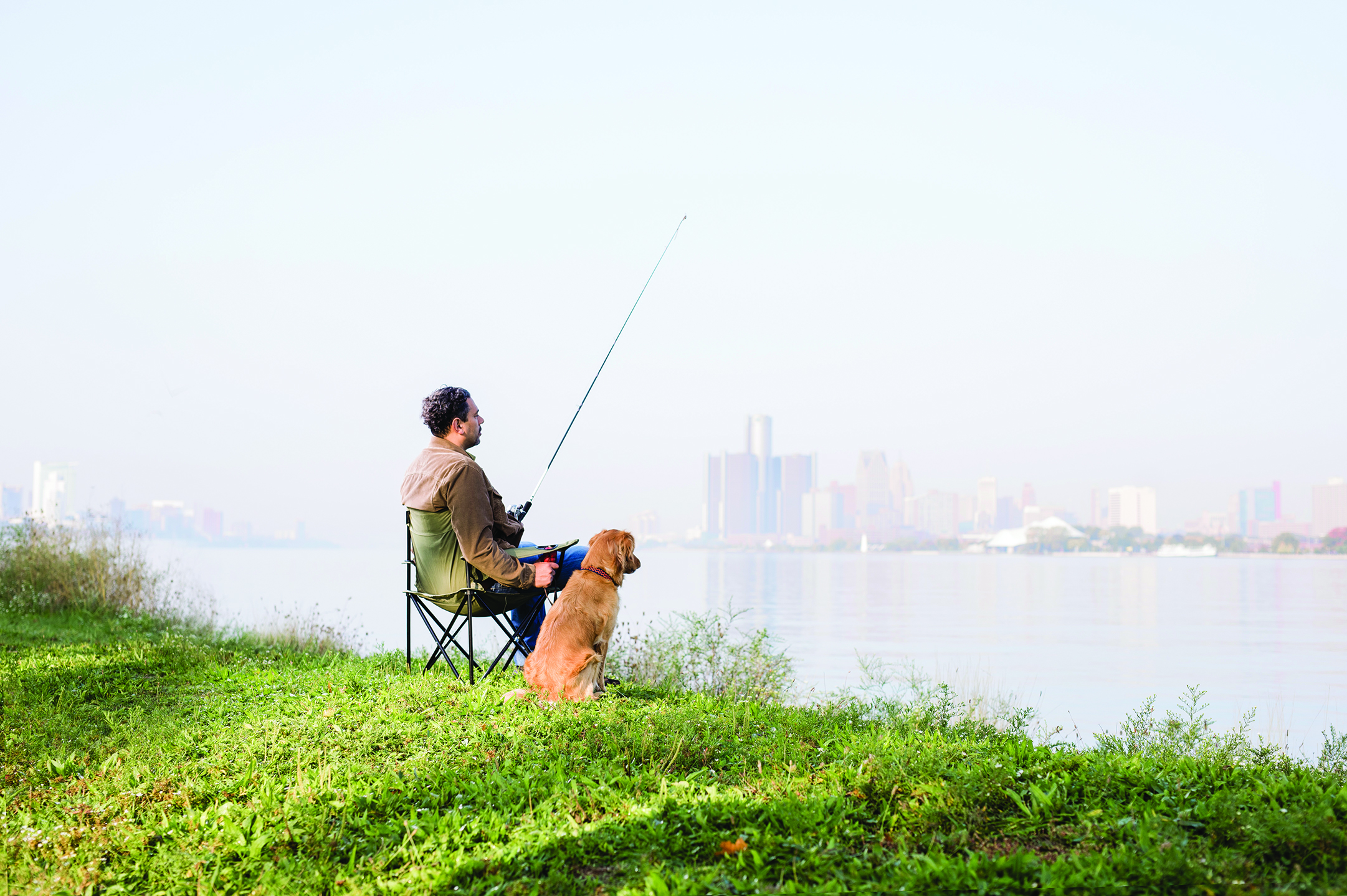 If Michigan Department of Natural Resources Wildlife Biologist Joe Robison had a nickel for every time someone assumed he was a conservation officer when told he works for the DNR, well, he’d have a lot of full piggybanks.

Robison, a DNR Wildlife Division regional supervisor and 28-year employee of the department, says the misconception is understandable since the men and women who enforce game and fishing laws are highly recognizable with their frequent contact with the public.

Although much of the conservation work he and his team does often goes on behind the scenes, wildlife biologists, wildlife technicians and wildlife assistants in the DNR’s Wildlife Division play a vital role in the management of Michigan’s natural resources.

Wildlife biologists, wildlife technicians and wildlife assistants complete and oversee a variety of wildlife management and conservation assignments to protect, develop and maintain populations and habitats on public and private lands across the state for environmental, economic and recreational purposes. Responsibilities include:

A majority of Robison’s attention is focused on state games areas — a system of publicly owned lands managed for hunting, wildlife habitat and wildlife watching. There are more than 100 units in the game and wildlife system covering more than 340,000 acres in southern Michigan.

Robison is responsible for the Wildlife Division’s Southeastern Region. The Region covers 17 counties from the Saginaw Bay down to Hillsdale County and Monroe County up to Lake St. Clair. He and his team of 26 full-time employees manage wildlife populations and habitats on over 150,000 acres.

“Managing wetlands is a big part of what we do, with Fish Point, Nayanquing Point, Pointe Mouillee, Shiawassee River and St. Clair Flats/Harsens Island state game and wildlife areas all located in our region,” Robison said. “These are really the gems of the Midwest in terms of world-class waterfowl hunting opportunities.”

But hunters aren’t the only ones who benefit from these areas.

Robison says that even though the operation of state game areas is funded mainly by hunters, they are open to everyone. There are no user fees, and people can come visit and enjoy activities like hunting, trapping, birdwatching, hiking, kayaking, canoeing and mushroom picking.

“Sportsmen and women play an essential role in conservation efforts throughout the state,” said Michigan Wildlife Council Chair Nick Buggia. “Most people don’t realize, including many hunters and anglers, that the sale of licenses and equipment — not state tax dollars — are the primary source of conservation funding for Michigan.”

Licenses purchased by hunters and anglers generated an estimated $66 million for the Michigan Game and Fish Protection Fund in 2021. The fund is the Michigan DNR’s largest revenue source and is critical to its conservation work. The sale of fishing and hunting equipment raised an additional $32 million to support wildlife and natural resource management.

Buggia says that all Michiganders benefit from these funds through better access to public lands, improved soil and water quality, habitat restoration and management, fish and wildlife research, and efforts like recent restoration projects on Celeron and Stony islands in the Detroit River, part of the Pointe Mouillee State Game Area.

With support from a federal grant, the DNR partnered with Friends of the Detroit River and others to restore the islands’ shoals to prevent erosion that was causing them to get smaller. Dyke-like structures were created to form fish, waterfowl and bird habitats, including common tern, bald eagle and great blue heron nesting areas. Additional habitat structures were built for nesting turtles, hibernating snakes, mudpuppies and mussels.

Along with conservation, hunting and fishing are significant economic drivers for our state. Combined, they generate $11.2 billion for Michigan’s economy every year and support 171,000 jobs, according to a 2019 study released by the Michigan United Conservation Clubs in partnership with Michigan State University.

Michigan is No. 1 among Great Lakes states for jobs created from hunting and fishing purchases. In every region of the state, the number of positions created and supported by hunting and fishing puts the industry in the top 10% of job-creation industries. In addition, the industry contributes $3.3 billion in salaries and wages to Michigan households and has a $7.2 billion value-add to our state’s GDP.

Hunting, fishing and enjoying the outdoors are part of our state’s DNA

An avid sportsperson, Robison went waterfowl hunting for the first time with his neighbor when he was 12 years old. For more than 40 years, he has enjoyed hunting and fishing with friends and family.

Today, Robison and his wife of 27 years, Gina, and their 19-year-old daughter, Sidney, love to spend time together out on the water or in the woods.

Robison says he’s blessed to have a career that allows him to work with like-minded individuals who care about protecting Michigan’s natural and cultural resources for everyone to enjoy.

“Whether it’s camping, going to the beach, kayaking, hiking or birdwatching, every Michigander has a connection to the outdoors, not just those who hunt and fish,” he said.

After nearly three decades with the DNR, one of the things Robison is most proud of is that his daughter Sidney plans to become a wildlife biologist and continue the work of protecting Michigan’s natural treasures for future generations.