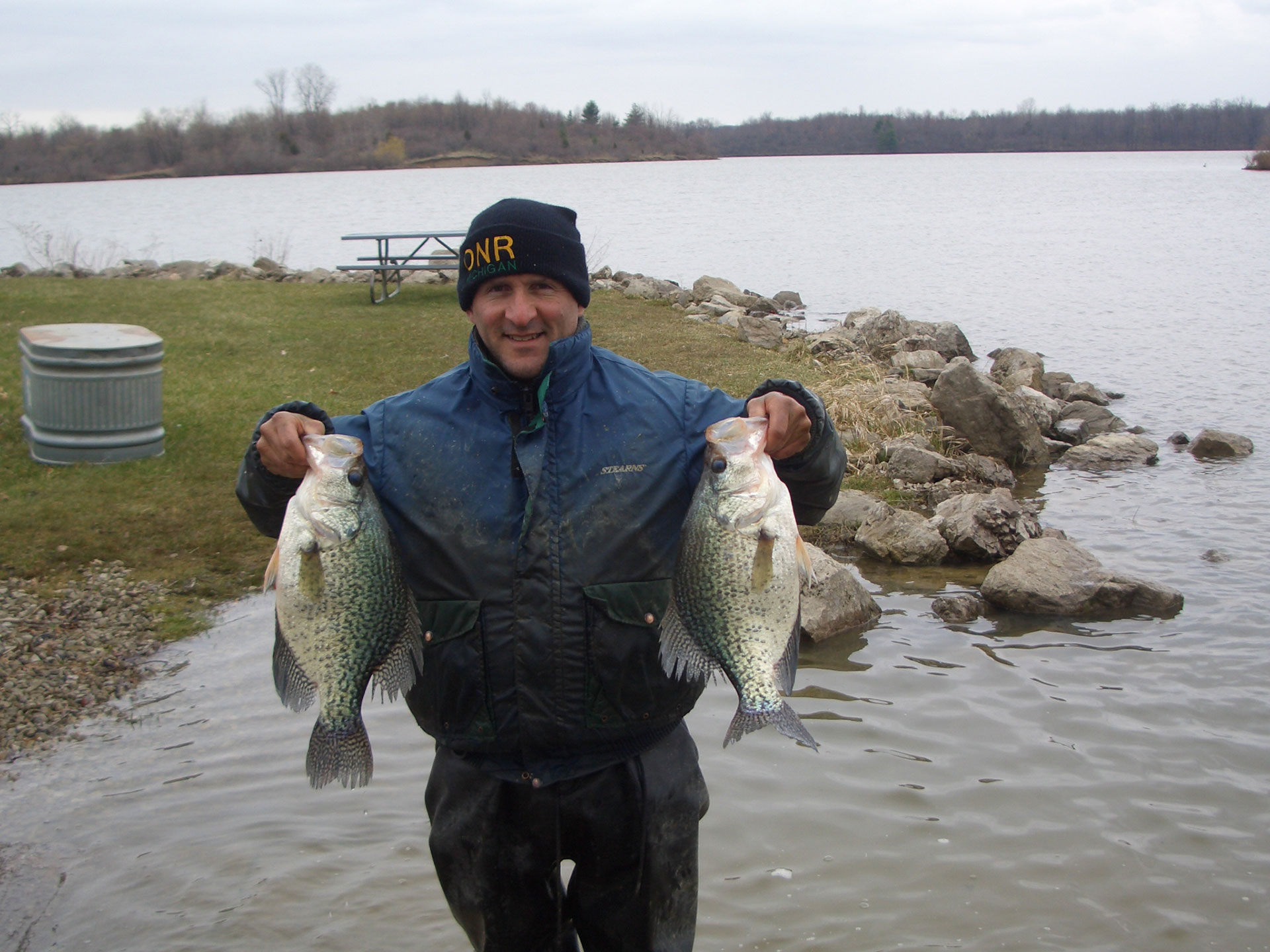 Many of us only dream of making a living at what we love to do. Just imagine – you love being surrounded by the outdoors whenever you have free time, then you go to work and nature greets you at the office. Dennis Tar is living his dream as a fisheries technician with the Michigan Department of Natural Resources in Waterford. Tar, a Livonia native, fondly remembers as a child exploring the outdoors with his father.

“You better go to school and get a degree,” Tar recalls his parents telling him as a young man. Already having made the decision to explore a career in wildlife, he went on to get his degree in fisheries and wildlife management. In 1996, Tar – anxious about competing with other applicants – took his job application to the DNR’s Livonia operations service center in hopes of getting hired as a summer helper. That was the beginning of his dream come true. He was soon hired to work at the Waterford location and held the summer position for three seasons assisting fishery technicians and biologists.

Being a devoted lover of the outdoors, he was thirsty for more. In 1998, he applied for a position as a fish assistant with the DNR. Tar recollects, “It was a very competitive interview process and I was really nervous. But I got the job!” For the next four seasons, he worked on Lake Erie and the Big Manistee River collecting data to determine how many fish were being caught, the type of fish and their growth patterns, ensuring fish populations for the future. Reflecting on the importance of his new position, Tar said, “We’re trying to make sure there’s fish for today and for tomorrow’s generation.”

While Tar was living the dream and making an impact on Michigan’s future, he longed to up his game and was promoted to his current position as a fisheries technician in 2001. He summarizes his role as “resource inventory management,” determining the overall health and numbers of certain fish species. Setting nets, driving boats and tanker trucks and wading in lakes and streams are all part of his workday during the warmer months. He speaks warmly about raising walleyes from 5 days old to 2 months of age, in which he records their age, size and number and then stocks them in area lakes. During winter months, Tar spends his time in training sessions, further educating himself, while building and performing maintenance on equipment to prepare for the following spring through fall seasons. While each year presents a list of ritualistic seasonal goals, Tar says, “I’m a creature of habit, so the seasonal ritual is perfect for me.”

When asked what his next career move would be, he responded, “I’ve already achieved my career goal. I love what I do.” In his free time, Tar enjoys the fruits of his labor, fishing on Michigan’s lakes with his two sons, 8 and 10. “Sometimes we catch them for dinner and other times we catch them for fun and put them back. We just have a great time together.” He goes on to humbly boast, “I want to have grandkids someday and I want to look back and know I helped make a difference in preserving the fish in our waters.” He proudly reflects on a quote posted on the wall at a DNR hatchery building that says, “Many men go fishing all of their lives without knowing it’s not the fish they are after,” and he couldn’t agree more.

Visit https://hereformioutdoors.org/wildlife-conservation to learn more about Michigan’s outdoors and the work being done to ensure that it is here for generations.