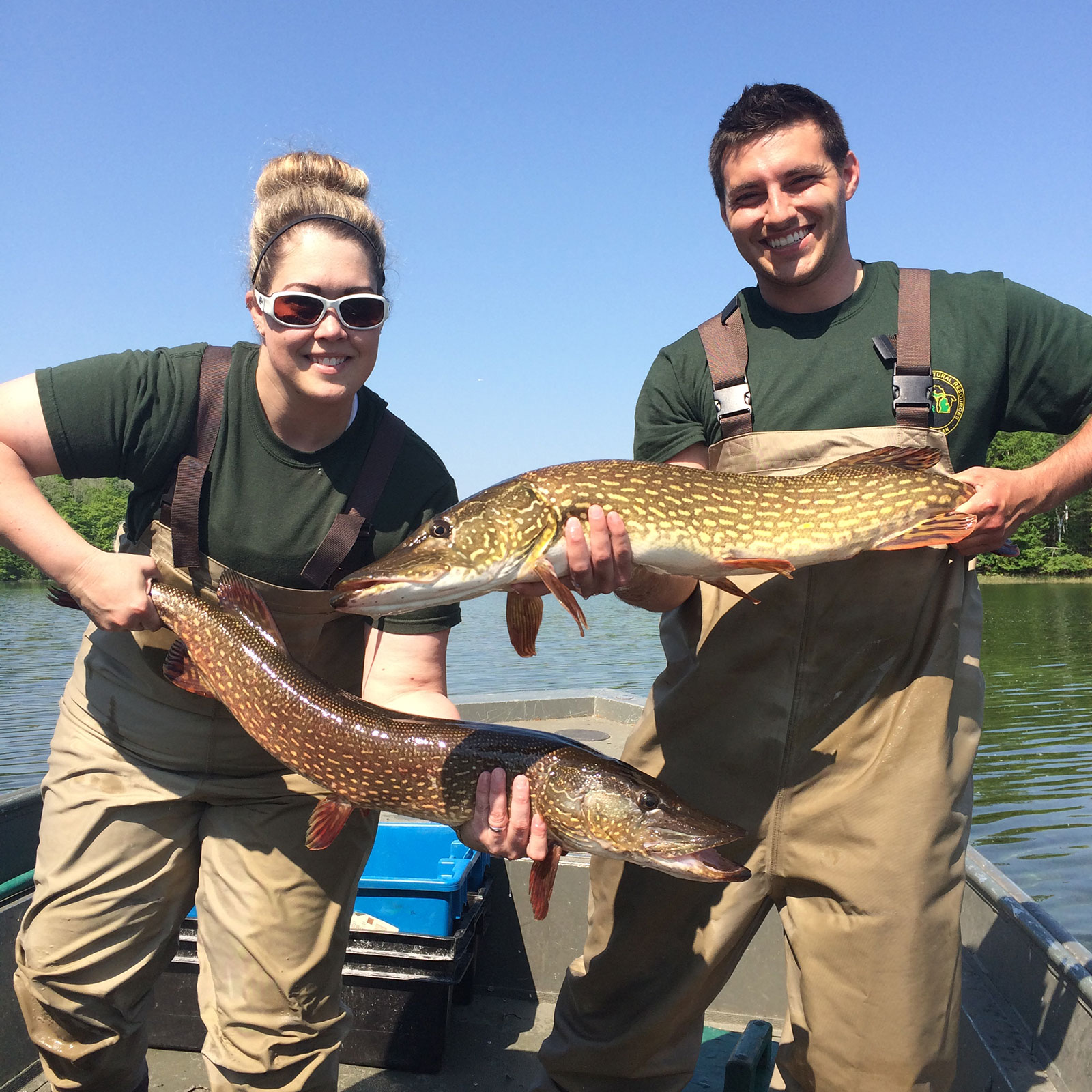 Heather Hettinger readily admits she has one of Michigan’s best jobs.

On any given spring, summer or fall day, she can be found chasing steelhead in the Betsie River, stocking baby walleye near Beaver Island, calling turkeys or waiting for deer in a tree on state lands, or trolling for trout and salmon out of Frankfort. During the winter, she works in a Traverse City field office analyzing data that will impact Michigan’s $2.4 billion fishing industry.

“Sometimes you have to just pinch yourself and ask: ‘How does it get any better than this?’” said Hettinger, a Kent County native who lives in Benzie County on the Platte River with her husband, Chris, and stepchildren, Crystal, 19, and John, 16.

Hettinger is one of only three female Fisheries Management Biologists working for the Michigan Department of Natural Resources Fisheries Division. She teams with fisheries technicians who observe, monitor, study, survey, regulate and manage fish species and their habitats to protect and preserve Michigan’s world-class fisheries. 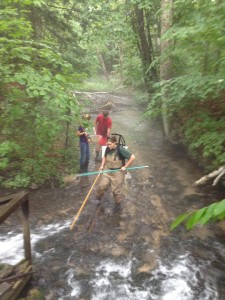 In her role with the DNR’s Central Lake Michigan Management Unit, Hettinger’s “workspace” encompasses all of the waters comprising the watersheds that drain into the central portion of Lake Michigan. She covers a nine-county region and travels regularly across West Michigan and the northwestern Lower Peninsula to speak to fisheries’ constituents who range from sportsmen, scientists and environmentalists to students and advocates of the tourism, retail and hospitality industries, among others.

Hettinger is excited to help support a new education campaign by the Michigan Wildlife Council launching in 2016 to promote awareness of the importance of wildlife conservation in Michigan.

”Many Michigan’s residents are unaware of the importance of wildlife conservation and how it impacts them,” Hettinger said.

“The more they know how it benefits activities they love – such as camping, hiking or bird-watching – they will better appreciate that wildlife management is essential to preserving Michigan’s great outdoor heritage for future generations.”

Her own embrace of Michigan’s natural splendors began as a child growing up in the bucolic Grand Rapids suburb of Kent City, where she was raised by a family of outdoor recreation enthusiasts who inspired her to pursue a career path typically held by men.

“In my family, we were always doing stuff together outdoors every weekend, whether it was fishing for bluegill on a pontoon boat or setting up a deer blind near our cabin in Baldwin,” Hettinger recalled.

“By the time I was 5 years old I was baiting my own hook to go bass fishing. I would play in a mud puddle for hours, and I never heard from anybody who said that’s not what girls are supposed to do.”

A family vacation when Hettinger was 12 years old to Sault Ste. Marie that included a tour of an aquatic research laboratory “is what sealed the deal for me,” she said. “I knew by the time I was in the sixth grade that I wanted to become a fisheries biologist.”

“My dad always said if you can find something that turns your hobby into a career where you can make at least decent money, you should do what makes you happy,” said Hettinger, whose father died in 2012.

“I know my dad is smiling because I think I’m the luckiest biologist in the state.”

Hettinger: Grand Rapids has at least 3 “must see” outdoor recreation meccas within an hour drive