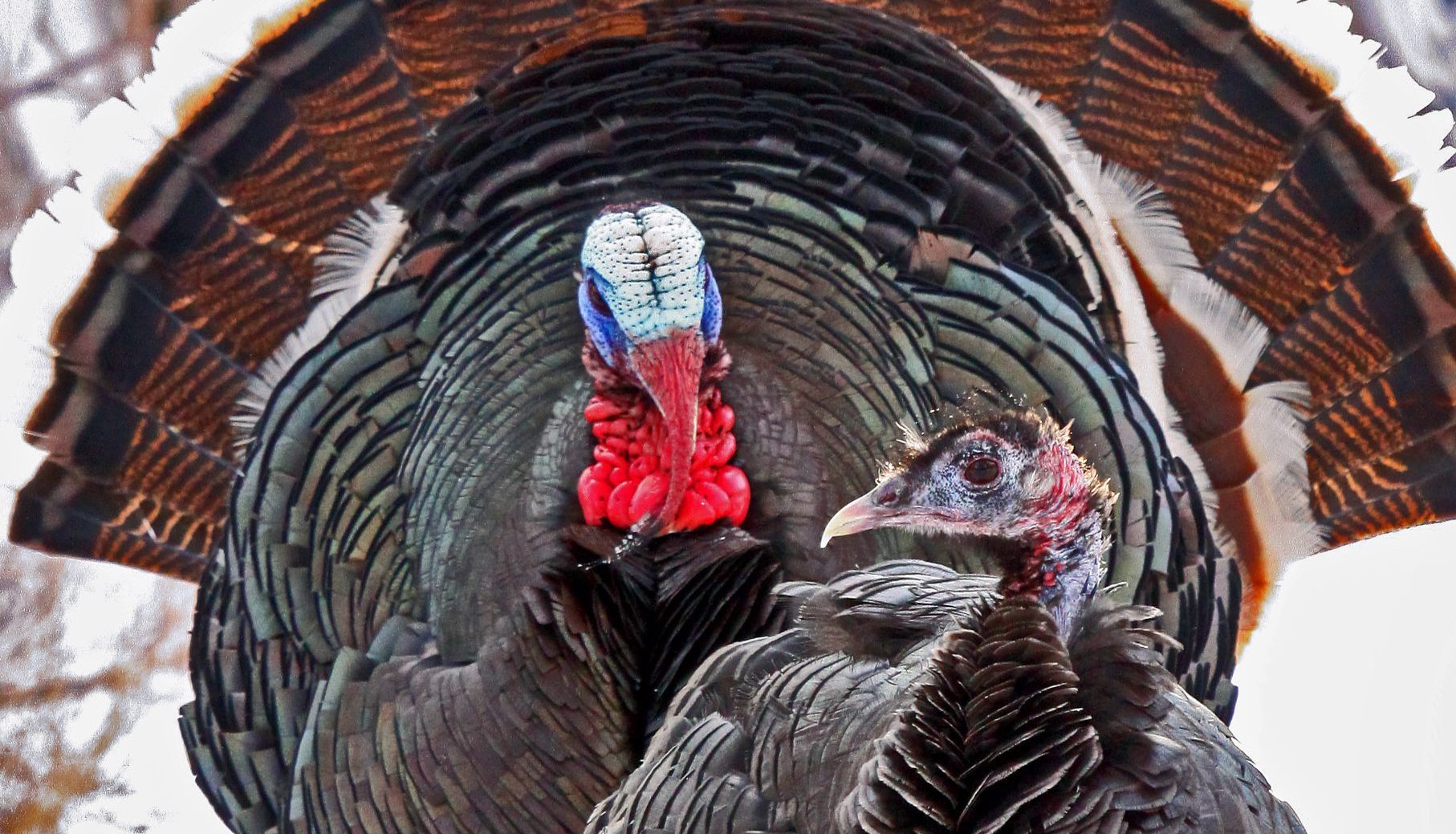 Throughout the years, Michigan families have enjoyed the annual tradition of sitting down for a Thanksgiving turkey dinner.

But for an extended period, the wild variety of those iconic birds was missing from Michigan’s landscape.

The state’s turkey population – once estimated at 94,000  – had been wiped out by the turn of the 20th century by unregulated hunting and habitat destruction.

But wildlife conservationists weren’t going to give up that easily.

Fifteen-year-old Phil Kuhtic was there.

“My dad and I were two of the lucky ones who got permits; we were among the first people to hunt turkey in Michigan in modern times,” said Kuhtic, now 66, who still lives in Allegan County where he grew up.

“We’d never seen a wild turkey before so it was a real thrill. We found out pretty quick that you had to be real quiet, stay concealed and have limited movement. We saw birds that day, but we didn’t get one.”

Today there are over 200,000 wild turkeys in Michigan.

“The restoration of the wild turkey is one of the greatest conservation success stories of all time in Michigan and across the United States,” said Jeff Poet of the Michigan Wildlife Council. “However you enjoy the outdoors, you have to appreciate the now common sight of flocks of wild turkeys wandering through our fields and forests.”

The Michigan Wildlife Council was created three years ago to promote the importance of conservation and wildlife management to the state’s natural resources and outdoor traditions.

The return of the wild turkey is a great example of the power of public and private wildlife management, officials say.

Michigan went from having no turkeys in 1900 to having some of the best turkey hunting in the country, said Al Stewart, upland game bird specialist with the Department of Natural Resources.

"The DNR is very pleased that we've not only been able to restore a native species, but also helped develop a large turkey hunting culture with it," Stewart said.

Since the 1980s, the DNR and many partners have completed numerous releases of wild-trapped birds from Iowa and Missouri to Michigan, further improving wild turkey habitat across the state.

Spring turkey hunting, the traditional time to pursue the birds, was established in 1968 in several northern Lower Peninsula counties. Now, spring turkey season is open in every county in the state, and additional fall hunts are offered in areas where the turkey population is strong enough to support them.

The National Wild Turkey Federation is a nonprofit organization founded in 1973 that is committed to the conservation of the wild turkey and the preservation of the hunting heritage.

“Michigan is ranked seventh in the nation for its turkey,” said Ryan Boyer, NWTF regional biologist. “It’s pretty remarkable the number of people who come here from all over the U.S. and Canada.”

But the work continues. Today the NWTF is leading a collaborative effort through its 10-year “Save the Habitat. Save the Hunt” initiative.

“The NWTF is determined to Save the Habitat. Save the Hunt,” he said.

In Michigan, the organization’s goals in the next decade include conserving or enhancing 52,730 acres of wildlife habitat, creating 200,000 hunters in the state and opening hunting access to 10,000 additional acres.

Ever since Phil Kuhtic went on his first turkey hunt at the age of 15, he’s been hooked on it. He and his wife, Janice, are avid turkey hunters and active in wild turkey conservation efforts.

The pair has traveled the nation hunting these birds and has shared their traditions with their children and grandchildren.

“We’re so proud to be a part of this hunting heritage.” Kuhtic said.