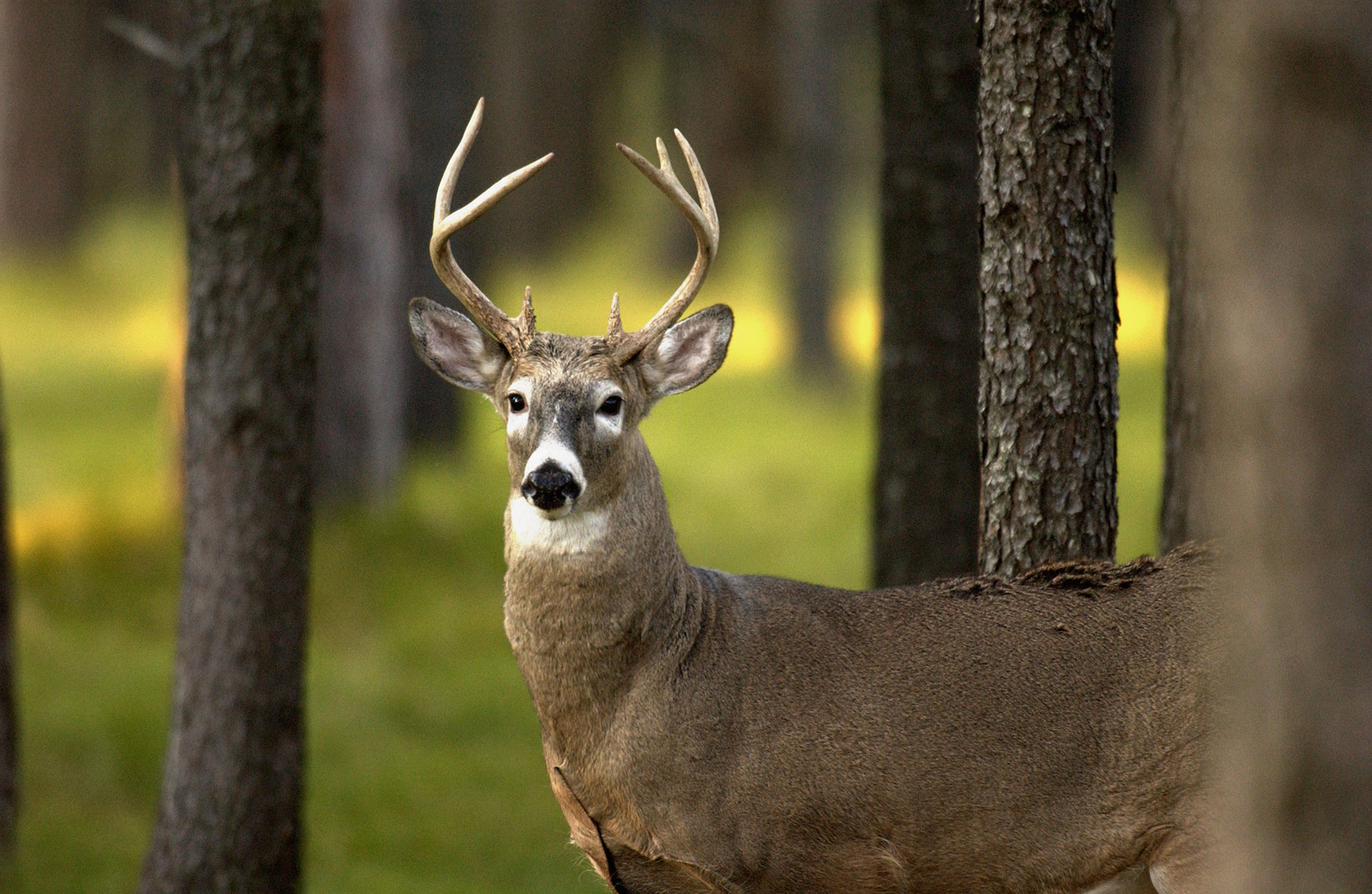 This month, more than half a million Michiganders are expected to head out to wooded areas across the state to participate in the annual firearm deer season. These men, women and children represent a wide range of cultures, economic backgrounds and political preferences, but they’re all united in their respect for wildlife and their dedication to ensuring the health and well-being of white-tailed deer.

While hunting may seem at odds with many people’s concept of conservation — namely, how hunting a species can help its population survive — it is in fact a crucial part of the state’s wildlife management efforts.

“Hunters are absolutely conservationists at heart,” said Ashley Autenrieth, deer program biologist for the Michigan Department of Natural Resources. “We rely on hunters to keep deer populations in check. Without annual deer harvests, Michigan deer would suffer from a wide range of hardships caused by overpopulation, such as starvation and disease. Hunting is our main tool for wildlife management, even if most people don’t realize its importance.”

Hunters also contribute to management of the state’s public lands. Fees that are built into hunting licenses and other necessary hunting equipment — including orange vests, firearms and gear — are dedicated for state efforts to manage forests and waterways, which are used for more than just hunting.

“Money generated by hunting activities in Michigan goes directly toward the maintenance and management of public lands across the state, including areas and trails dedicated to hiking, bird-watching and mushroom hunting,” said Matt Pedigo, chair of the Michigan Wildlife Council. “Many people — including hunters — assume that habitat restoration and endangered species management is paid for by tax dollars, but it isn’t. In fact, all wildlife conservation dollars come directly from hunting and fishing.”

The Michigan Wildlife Council is dedicated to increasing public understanding of the important role wildlife management plays in conservation of the state’s natural resources. That work includes sharing how careful regulations are in place to prevent Michigan deer from becoming overpopulated. Overpopulation threatens not only the herds themselves, but also farmers who suffer crop loss as the animals forage in their fields and motorists who may hit deer as they cross busy roads.

“The positive effects of hunting can be felt by every Michigan resident,” Pedigo said. “The conservation work done by hunters helps ensure that the state’s wildlife will be here for future generations. The important role that deer hunting plays can’t be overstated.”

This philosophy isn’t new — in fact, hunting is an integral part the North American Model of Wildlife Conservation, a set of principles that has guided wildlife management and conservation decisions in the U.S. and Canada since it was put forth in the late 1800s. The North American Model, the only one of its kind in the world, was developed following the near extinction of North America’s bison population. Since then it’s been applied to a wide range of native plant and animal species to ensure their continued survival.

One of the model’s biggest early proponents was President Theodore Roosevelt, often referred to as the “conservation president.” During his presidency, Roosevelt helped establish 230 million acres of public lands, including 150 million acres that were specifically set aside as national forests. He was also an avid hunter and took every opportunity he could to tout the benefits of hunting.

“In a civilized and cultivated country, wild animals only continue to exist at all when preserved by sportsmen,” Roosevelt said. “The genuine sportsman is, by all odds, the most important factor in keeping the larger and more valuable wild creatures from total extermination.”

The North American Model guides hunters and anglers as they set limits to protect wildlife from disappearing. It also incorporates the responsibility for managing wild habitats by outdoorsmen.

“Hunters were the first advocates for wildlife protection,” Autenrieth said. “If you look back through history, all the original conservationists were also big hunters, including people like Teddy Roosevelt. In this day and age, where we’re so far removed from our food sources as well as from nature itself, it’s easy for someone who doesn’t hunt to say they’re against hunting. But if anything, hunters show more respect for forests and wildlife than anyone else. They’re also the ones working and contributing financially to guarantee the future of many species, including deer.”

So whether you’re an avid hunter or an avid bird-watcher, you’re sharing a mutual appreciation for Michigan’s wildlife and natural resources.

About the North American Model of Wildlife Conservation

As early U.S. settlers made their way west, North America’s wildlife populations began to dwindle, and many species were soon on the brink of extinction. This prompted hunters and anglers to re-examine their role in the stewardship of the continent’s natural resources.

And so beginning in the late 1800s, notable hunters and anglers — including President Theodore Roosevelt and George Bird Grinnell — pushed for hunting regulations and establishing conservation groups. Their efforts became the backbone of the North American Wildlife Conservation Model, which has two basic principles — that wildlife belong to all North American citizens and are to be managed in such a way that their populations will be sustained forever. The following set of guidelines ensures these principles are upheld:

Wildlife is a public resource.
In North America, natural resources and wildlife on public lands are managed by government agencies to ensure that current and future generations always have wildlife and wild places to enjoy.

Market hunting is banned.
Commercial hunting and the sale of wildlife is prohibited to ensure the sustainability of wildlife populations.

Regulations are formed by due process.
The public shall have the opportunity to shape wildlife management policies.

Opportunity for all
According to state and federal rules and regulations, every citizen has the freedom to hunt and fish.

Wildlife species are considered an international resource.
Many species cross international boundaries. The U.S. and Canada share a responsibility to jointly manage these species and work together to shape wildlife policies.

Science is the proper tool to make decisions about wildlife policy.
Science helps us make good decisions and become better stewards of wildlife and is essential to managing and sustaining North America’s wildlife and habitats. Science should be the guiding principle in the development of wildlife regulation.